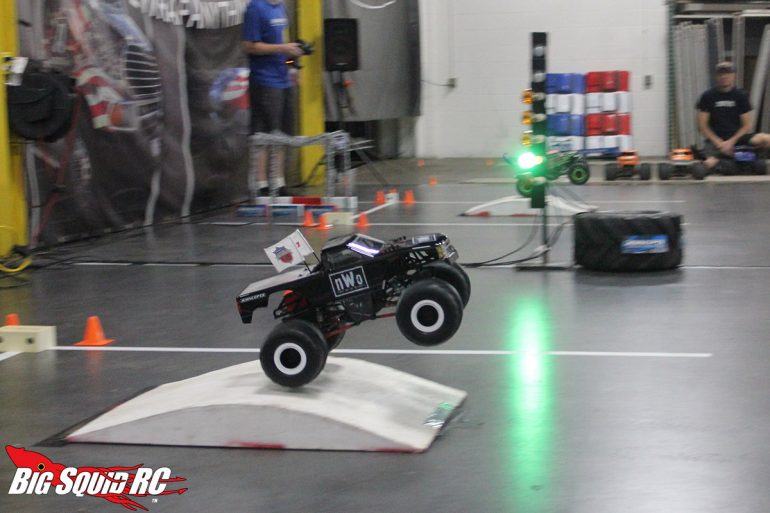 Monster Truck Madness – Taking an AXE to a couple letters

Greetings gang, I hope 2019 is treating you well. For me, so far so good. I’m actually writing this week’s blog from a hotel room as I’ve been doing a bit of traveling, but that hasn’t stopped me from doing some monster truck racing! More on that next week, though.

I’ve got a couple e-mails to tackle, but before I do I wanted to give a nod to the 1/10 Axe 2WD Monster Truck RTR that was announced last week. It’s a great looking replica of the full size Axe monster truck at a budget friendly $159.99 price. It’s super cool to see another licensed MT! Axe is part of Team Scream, so here’s to hoping that the flagship truck in the fleet, the world famous Avenger, eventually sees a licensed version released!

Doug,
I just read an article you wrote in May of 2017 talking about clods vs shaft trucks. I’m looking to get back into the rc monster truck world and the shaft trucks have captured my interest. I’ve had clods over the years since about 1989 so I’m very familiar with that truck and what it’s capable of. I was hoping to find an SMT10 and modify it but with it no longer being made I can’t find any. I see tons of hop ups for the axial line up but what axial truck should I start with to modify, the deadbolt perhaps? I like the tube frame look of the smt10 so could I buy a frame and mount the deadbolt axles to it for a start? Any help would be appreciated.

First off, here is the article Joe is referencing. I really need to write another one of those, because I’ve learned a lot more in the two years since it was posted. So in the interest of brevity, let’s just talk about the SMT10 question.

Joe, my advice to you would be to just score a lightly used Axial SMT10 on the cheap by way of one of the online monster truck forum groups. I constantly see them on there. Slap a front sway bar and a peppier motor on it and you’ll have a blast. Heck, you may find a great price on an already modded one, in which case that’s an even better score!

As for the Deadbolt, the only way I’d recommend going that route is if you want to do some kind of aftermarket shaft chassis. Otherwise it’s not worth it, IMO.

And yeah, I’ve mentioned this before but I predict the SMT10 won’t be discontinued that long. And no, I don’t have insider info on that….I just know how these things usually go. The SMT10 is too great a platform that’s become too popular to just go away! That’s how the situation looks in my crystal ball, anyways.

Do any of yall run servo savers? I run one on my SMT10 to try to save the servo but it makes it harder to drive. I don’t think I could even come close to competing with yall with the way I have to drive it.

A lot of folks run servo savers on their Axial monsters, but for me, I absolutely hate it. I have tried various savers on my trucks (black Kimbroughs are the favorite) but ultimately I just do not like the slight “spongey-ness” that they allow in the steering. It’s very noticeable when running one back-to-back with a rig that’s equipped with a straight horn. I have lost races due to the lag, and at this point would much rather smoke a servo versus having a slightly ill-handling monster. So yeah, I have accepted the risk and I’m fine with it.

Now, that’s coming from a hardcore racing perspective. If you aren’t in active competition, you should absolutely have a quality servo saver on your truck, IMO. The harder you bash, the more money it will save you! The slight trade-off in handling is well worth it. Hope that helps!

Thanks guys, see ya next week!