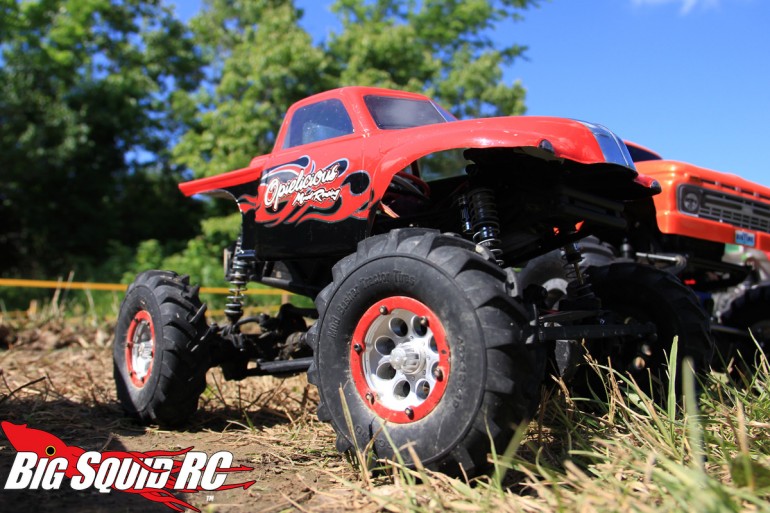 Hello gang and Happy Thursday to you! This week I’m answering a question(s) that involves the HPI Wheely King.

Back in the dark ages when solid axle monster trucks were few and far between, the Wheely King became a favorite of many a monster truck obsessed-hobbyist and is looked back upon fondly with nostalgia. For me personally, the little 1/12 monster holds a place in my heart!

Whenever HPI really gets humming again they’d do well to update this platform. The bones of the rig are good, but some updated components would be nice to see, in particular the steering.

Anywho, on to the question-

I’ve been in the process of repairing and piecing back together my old HPI Wheely King into a sort of mud/monster truck thing and hit a bit of a snag, Tires! Although I do have the old Wheely king tires laying around I’d certainly love to get it on some new rubber.

But I’ve been looking at both the Fling Kings Jr’s and the Rangers as I’m undecided on a theme for the build. But I am curious to hear your opinion on if either of those would be a good fit for the ol’ WK platform.

I’m also rather curious about motor options, I’ve been looking at various Homles Hobbies brushed motors but have no real idea what to get.

It’s mostly going to be a backyard driver so I’m looking for somewhat moderate speed.

I know gearing plays an equal part in over all speed and at the moment it is still stock which is 23.4 : 1. So I was wondering where you might recommend starting.

I hope these questions make sense!

Hey Kear, thanks for the questions. It’s been a looooong time since I’ve discussed anything HPI Wheely King!

My recommendation here is the Fling Kings. A good friend of mine used RC4WD 1.9 Mud Basher tires many years ago to great effect (that’s his Wheely King in the photos here), and the Fling Kings are a more aggressive style of tire that will bite harder. 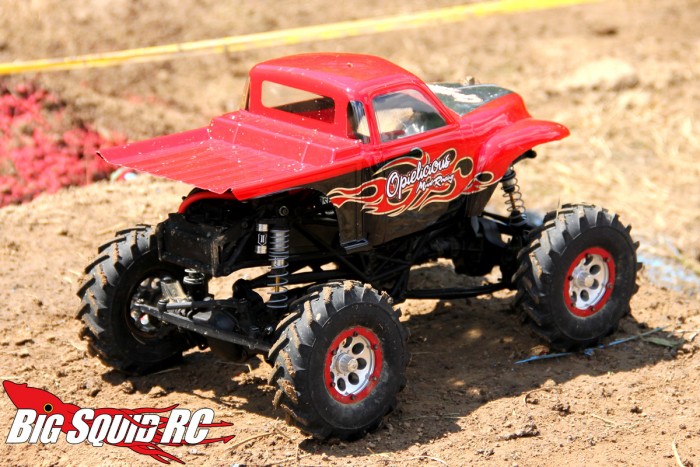 Just know that the Wheely King can feel a lot more sensitive with smaller, thinner, lighter tires on it, especially if you increase the power.

For motor recommendations, I’ll do you one better. Grab a JConcepts Silent Speed 17t brushed motor and then nab a Hobbywing 1040WP ESC. That entire setup won’t cost you much, and it will allow for it to be programmable. Those motors are plenty fast, as they make much bigger Axial SMT10’s into quicker rides, so on a Wheely King it’ll be more than enough.

From there, gear according to the temps you are getting! I hope that helps!

As always, if you have an e-mail/question, please send it to doug at bigsquidrc.com!