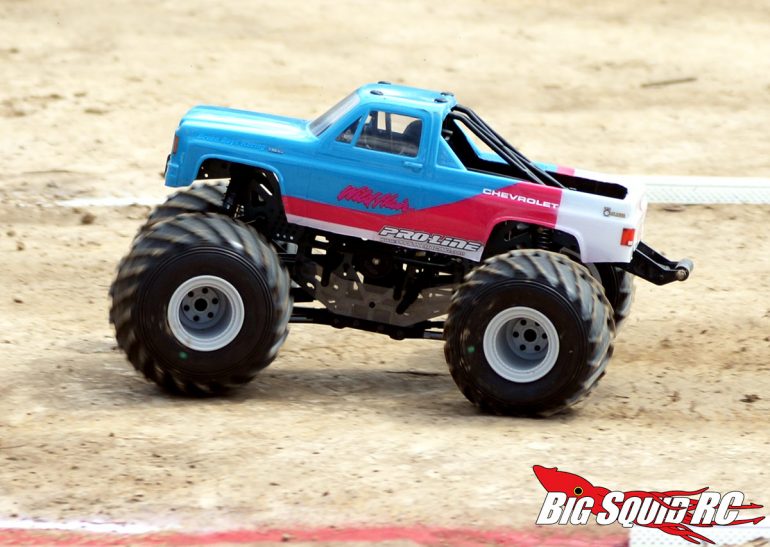 Monster Truck Madness – The Losi LMT is Fitting In

Hey all, how you doin’? I’m fresh off a scorching weekend that saw my club, Trigger King R/C, finish our seventh year of racing in the hot midwestern Summer.

We started our series back in the Spring and ran outdoors on dirt. This season was particularly interesting because it was the first since, well, late 2016 when a significantly new platform was added to the racing fracas (2016 saw the Axial SMT10 release and instantly become mega-popular)- the Losi LMT.

There have been several solid axle monster truck releases since the Axial SMT10, but none of them have gained any sort of mainstream popularity with builders/racers in this segment of the hobby. That changed in 2021 with the LMT.

In our series, the LMT had its own spec class, one that I’ve written about a good amount in this space the past year. The truck also started to integrate itself into the traditional Pro-Mod class, which is where the high power, mega-buck trucks typically do battle. Mod Clods, Mod SMT10’s, custom machined builds, etc.

I’ve learned a lot about the platform the past year, with some-odd 20-30 of them seeing competition use the past season. I also raced and freestyle’d mine all year as well.

Here’s are some musings on the truck from both a hardcore MT racer and fan of this segment of the hobby:

The LMT is really tough

For better or worse, in Trigger King we are known for flogging the crap out of our trucks in Freestyle competition. This had been a segment dominated by the Mod Clods. That’s not the case anymore. The majority of vehicles taking part in Freestyle are now LMT’s, and they’ve started to take over the podium.

Some of the hits these things can take and drive away from unscathed are insane. I remember last winter folks online were raising hell about snapping axles and all that, but in running them all summer I believe I’ve personally only seen one break this way and it was after an extremely gnarly hit where the vehicle came down on a ramp edge from high altitude. None of them ever broke during racing competition. The drivetrain is also remarkably durable.

The stock steering and tires leave a lot to be desired

Nothing ever is perfect, out of the box. The LMT needs a better servo to wake it up as well as race compound wheels/tires. If you are a basher, you’ll have a lot of fun with it in stock form. Just know that with responsive steering and sticky rubber, it’s like a new truck.

With a few mods, the LMT is killer

You add a nice servo, a set of race compound tires and 3S, you’ve got yourself a heavy duty, wicked performing solid axle monster truck that’s a blast to bash or compete with. We raced LMTs in a Spec class this past year. We have decided to turn it into a Mod class for 2022. I’ll post the rulebook we intend to use in the next week or so, for those curious.

The LMT is absolutely here to stay, and stands with the Tamiya Clod Buster and Axial SMT10

There was a lot of hype when the LMT was announced last year. Despite looking promising, many wondered if it would have staying power. The answer is a resounding yes. The truck continues to sell well, racers and bashers are flocking to it, and the aftermarket is very active in support of the big machine. The solid axle monster truck world now revolves around 3 pillars – the Tamiya Clod Buster, the Axial SMT10, and now, the Losi LMT.

Having now had experience in building, racing and bashing the aforementioned “Big 3”, I think readers would probably enjoy a detailed comparison between them. Which would I recommend? What’s each platform’s weakness? What does a particular platform excel at?

Look for this hyper-nerdy write-up in the coming weeks. If you are on the fence about what solid axle monster to buy, I’ll try and help you make that decision before the holiday season arrives!