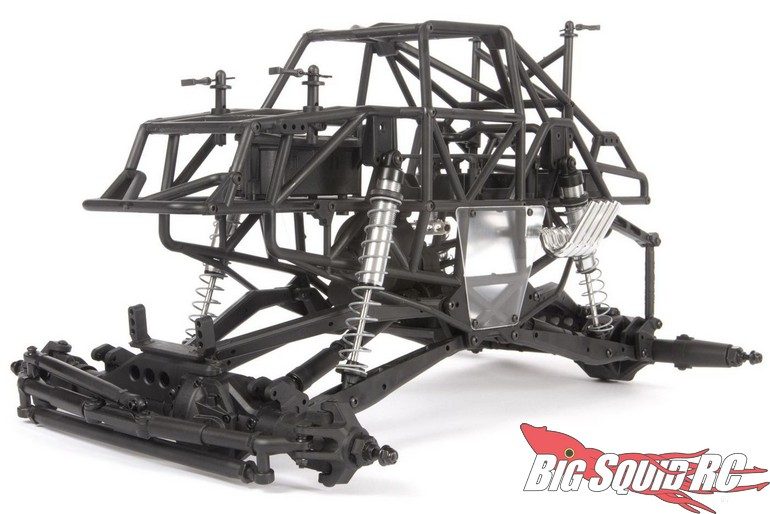 Being that Christmas Eve falls on a Tuesday this year, the day of the week that Monster Truck Madness runs, I figured I’d write-up a Christmas themed monster truck poem and call it a day.

Well, the folks at Axial Racing changed that plan with a surprise announcement that the SMT10 is returning! Not just returning, but returning as a RTR AND a kit! Oh yeah!

I think both of these releases are fantastic and update the original 2016 version in some much needed ways. Let’s talk about the differences between the original and new one, starting with the RTR.

One of the biggest issues the OG Grave Digger had upon release was that the ESC was just not the right one for the job. It had two modes of drag brake, either 50 or 100 percent. That’s fine on a rock crawler, NOT fine on a monster truck. To compound things, the included motor was lacking oomph.

Both combined for a vehicle that was slow and plodding out of the box- not exactly in fitting with the whole “Grave Digger” mystique.

The new RTR Digger has a Dynamite 60A ESC coupled with a 550 sized 12t motor. This looks to be a big improvement.

While I can’t speak on the motor having never used one, I CAN speak on that ESC as I’ve been using that particular model for about 3 years now in some of my modified racing SMT10s. They are good pieces, especially for the price. I’d think there will be a good amount of pep out of the box, enough for the average hobbyist to have fun.

The other big improvement is the transmission. The original release had the classic AX10/SCX10 transmission, plastic gears and 48p spur in all their glory. The new unit features metal gears and the heavy duty 32p spur. This was previously a fail point, now it should be a strength.

Now for the really good stuff- the SMT10 is available as a Raw Builder’s Kit! This is what many were hoping for, yours truly included.

The kit features the updated metal transmission running gear, but no tires or electronics. With Pro-Line, JConcepts and RC4WD offering some amazing aftermarket wheels and tires these days, it makes sense to just let the end user finish out the truck how they want.

My only real complaint with the new SMT10 is that a front sway bar is still omitted. You will need one for it to perform as intended. AXI30781 is the part #. Make sure you order one with the truck.

Other than that though, this looks to be a solid re-release and update. I look forward to owning my 4th and 5th SMT10s 🙂 Look for detailed impressions soon!

Have a very Merry Christmas and Happy Holidays!