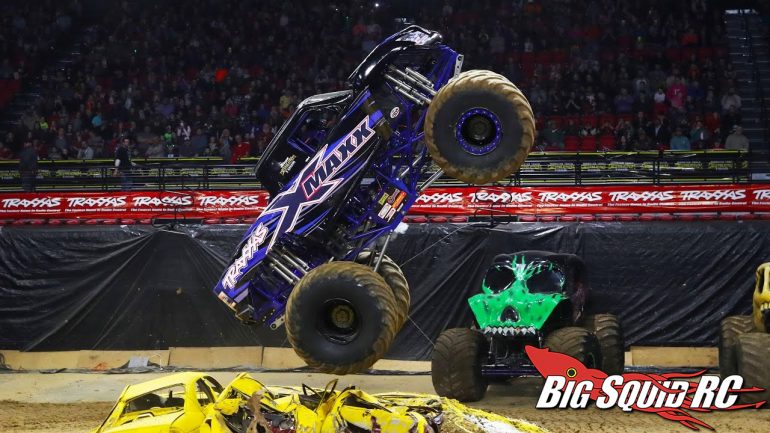 Monster Truck Madness – What If Traxxas Made a Solid Axle Monster?

In years past, the thought of Traxxas doing a solid axle monster truck would’ve been completely preposterous. The caretaker of the T-Maxx and Stampede would have zero interest in a project like that, right?

I remember hearing the same talk as it pertained to Traxxas doing a proper scaler as well, and we see how that turned out. I think the TRX-4 has proven, a long with other vehicles like the Desert Racer and Funny Car, that Traxxas has no problem moving outside their comfort zone and can succeed at doing different, non-traditional things.

With that said, I have absolutely no idea if they’d ever do a solid axle monster….but the timing feels right. This segment of the hobby is on fire, despite the non-existence of a true “open the box and let it rip” kit on the market. Yes, there are some rigs that can do the job pretty well with a few mods, but the landscape is ripe for a big release to blow the genre wide open.

So what would I like to see if Traxxas decided to throw their hat in the ring?

The numero uno thing that Traxxas would need to nail is the tires. Whether they are styled after BKT’s, Goodyears or Firestone flotation tires, they need to look like the real thing. As for size, they have to be Clod-sized so as to play nice with everything currently on the market. Going smaller ain’t gonna cut it.

No, they don’t need to use an advanced racing compound like that a JConcepts or Pro-Line provides, but they should at least look correct. Tires are THE most defining characteristic of a monster truck, yet no one has really gotten it right since the Tamiya Clodbuster or Kyosho USA-1. This is baffling to me. Getting the tires right has to be the most important thing!

Put some good Front AND Rear Sway Bars on it

To really have fun, a solid axle monster needs to have front and rear sway bars. These things aren’t rock crawlers- it’s not fun to have the suspension droop over at every corner. It makes zipping around at speed impossible. I also want to emphasize “good” sway bars, because they should be  solid units that run through the chassis and down to each four link or axle separately, similar to the real McCoy. Let’s not do the jerry-rigged thing where the bottom four links are connected by flimsy plastic or zipties, mmmkay?

Monster truck tires put tremendous stress on steering knuckles, so having solid ones right out of the box would sure be nice. Given the fact that Traxxas doesn’t readily have a previous axle configuration available that could easily be grafted to a solid axle truck, hopefully they’d just go with something totally new and design the axle around the tires to be able to meet the demands of the modern hobbyist! Looking the part would be an added bonus.

Using a licensed body is great, but let’s not get crazy here.

Traxxas currently has the BIGFOOT license, so it would be pretty cool to see a true solid axle representation of one of their trucks. However, we are looking at a rig that would already be pretty expensive as an RTR BEFORE factoring in licensing costs, so I’d probably stop at the body. I don’t think the end level hobbyist is going to care if the shocks, fuel cell, etc are officially licensed. I think they would care very much about an extra $100 added to the cost of an already expensive kit, though.

The above items are just a wishlist. Of course, I’d also want the chassis to look like the real thing, shocks to be set up similar to a full size truck, etc… but I figure those are a given. Also, let me stress again that I have zero insight on whether Traxxas would have any interest in doing such a thing. One can dream though!