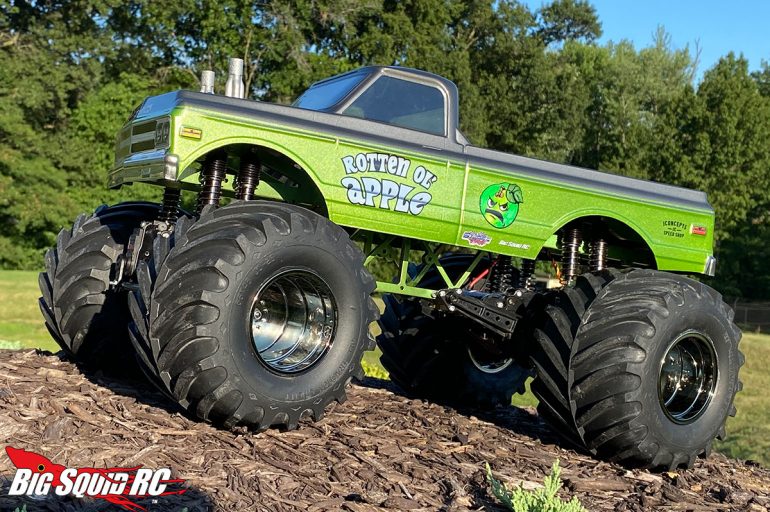 Hey folks, Doug here and Happy Friday! Sorry this is coming out a day late, but I was on the road all of yesterday!

What is a Retro RC Monster Truck? This is a subject I’ve been wanting to tackle for awhile now. It’s a very opinionated topic in the r/c monster truck world.

I recorded a video on the topic and posted it to the Trigger King YouTube channel the other day, and I’d recommend watching that first as I’m not going to rehash all of it here…but I still wanted to pontificate a bit on a few points. Think of this as the appendix to that video (although going by the responses I’ve seen to the video, I’ll wind up doing another one on the topic probably!).

First off, I don’t want my opinion to be misconstrued at all that I don’t like the Clod. The Clod Buster is my favorite r/c of all time and I adore it. I’ll always love it. That doesn’t mean I can’t criticize it, though! Heck, that’s even more reason to do it, in my opinion. OK, just wanted to get that out of the way!

Retro RC Monster Trucks generate passionate debate from hobbyists because they are AWESOME. If you build one, I can guarantee that it’s going to be one of the coolest things you will have on your work bench or in your collection, and anytime you have it out it’s going to generate the most amount of conversation.

Back when Trigger King was in its infancy and we were trying to get local attention from hobbyists to try and come run with us, some of our guys would take our old school looking Retros to various r/c races and events and those things ALWAYS turn heads and start conversation. A Clod done up properly is always going to be a head-turner, even if you have little interest in monster trucks.

Not only do the trucks look cool though, they also tug at the nostalgic heart strings of so many of us who grew up in 80’s/90’s and remember the era of leaf sprung trucks doing battle on the classic TNT and USHRA circuits. Seeing it be replicated in r/c form, especially when the paint jobs replicate trucks from that era- thing Bearfoot, USA-1, Taurus, etc – it gets the blood pumping.

And boy howdy, if someone or a racing club doesn’t agree with an individual’s perception of what one of these trucks should be, people can have a tendency to get REALLY opinionated, fast. Especially when you add the competitive factor of racing and the fact that these builds can cost a lot of time and money.

I think most folks do generally think of them as the same kind of thing though. An old school looking monster truck that has a relatively stiff suspension and solid axles. It’s very tough to try and regulate them otherwise, as there are a lot of combinations out there that can be had.

I think the only way to truly govern this class is by the eye test. It’s kind of like pornography- hard to define but you know it when you see it!

My recommendation if you are looking to build and race one- and you SHOULD build one – is to just check with your local club and try and build accordingly….but just know you are probably going to need to be flexible as this is one class of r/c racing vehicle where it’s extremely hard to govern and things change. Just go into it knowing that, try and have fun, and enjoy that wicked looking piece you have on your workbench!

You know, I sat out to write this and make a big point on how it’s baffling that in the modern scale-obsessed r/c world there’s not a solid axle, old school bodied, scale drivetrain layout leaf spring-equipped monster truck on the market, but given how long this already is, I’m going to rant about that next week. So look for that then.