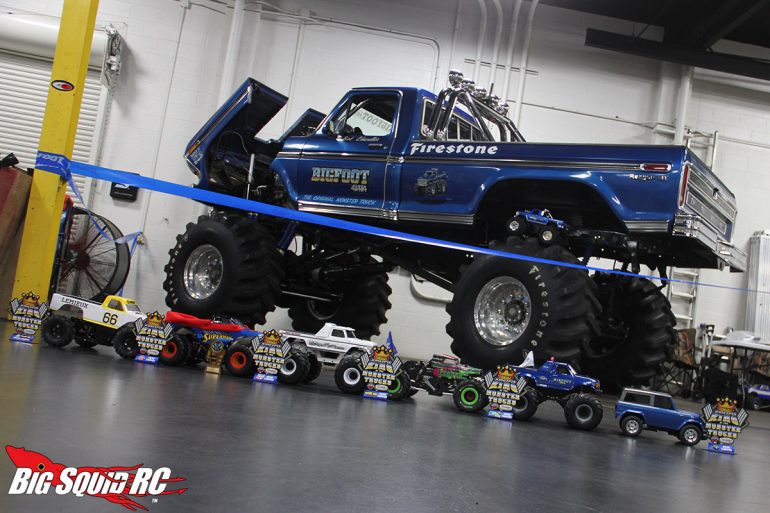 Greetings all, I hope many of you out there are nearing the end of a short work week as we approach the Thanksgiving holiday here in the US. I know that I’m looking forward to a long weekend of turkey and being able to tear down my fleet of trucks and give them the once over after a long Summer and Fall of hard running.

So since starting the Big Squid gig five years ago, I’ve tried to avoid standing atop my soapbox for the most part (hey, that’s what Cubby is for!) but this week I’m gonna make an exception and dole out a little opinion.

Guys, can we please stop arguing about what’s a “real” monster truck? I saw an argument about this online recently, and for whatever reason seeing it for the millionth time really rubbed me the wrong way.

Someone was raising all sorts of hell that the only “real” kind of monster truck is that of the solid axle variety.  They then proceeded to throw dirt on anyone that didn’t agree with their definition, namely those with the audacity to suggest that ANYTHING with larger tires of monstrous proportion and a pick-up style body was a monster truck.

For whatever reason, the independent suspension’d bashing monster truck is always looked down on by some solid axle snobs, and I just don’t get it.

Arguing that a Tamiya Blackfoot or Traxxas T-Maxx isn’t a monster truck just because it doesn’t have solid axles is absolutely preposterous to me. Ignoring the fact that each of these vehicles (and their ilk) literally defined the hobby’s monster truck genre at certain points in time, if you ask any Joe Schmo on the street what one of them is, they will say monster truck.

Now, are there different kinds of monsters? Absolutely! You have the aforementioned solid axle and independent suspension trucks, but you can go deeper than that if you want. Shaft-drive solid axle. Motor-on-axle solid axle. Two-wheel drive stunt trucks. Toy-grade fixed suspension.

The point is, they are all monster trucks. Poking fun at your buddies that one kind is superior over the over is fun and should be encouraged (hey, I’m a die-hard solid axle guy myself), but trying to seriously argue that one kind or another isn’t “real” is baffling to me. It’s also wrong. Let’s all just play nice together!

Ok, I’m off my soapbox. Hope everyone has a great holiday weekend!