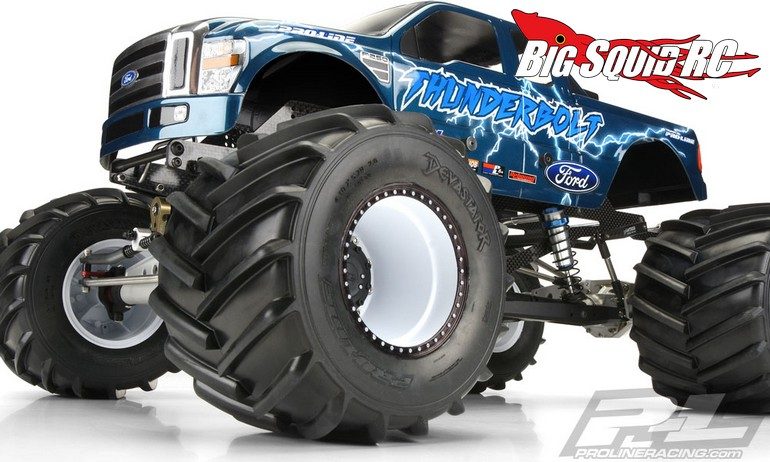 Monster Truck Madness – Why are Clod-sized tires “the standard”?

Hey Doug, I really like all the solid axle monster truck info you put out, as well as the Trigger King stuff, as I’m still new to the world of scale monsters and info is still kind of tough to find. I do have a question that I don’t see talked about much though- why exactly is a Clod sized tire seemingly the end all be all? I see so many sizes of monster truck tires available on the market, but all the best looking stuff is seemingly only available in that size. Thanks!

Great question, Jim. I suppose this is probably a question that many folks have who aren’t that versed in the world of scale monsters.

Ok, so that’s obvious. Why is this still the most popular size for all the scale-style monster truck tire releases?

The Clod has been around forever, and people have been basing scale solid axle builds off of the platform since the late 1980’s.

Why has the Clod been around forever, though? Because they nailed the size and tires right the first time.

I mean, the thing that really makes a monster truck a monster truck is the size and tires, right? That’s why the Clod has endured. The “challengers” to Clod supremacy that have come out over the years, most recently the Axial SMT10, have also all shared a same relative size.

So yeah, that’s where the main market is for solid axle monsters, so that’s why you see the aftermarket go after it hard when it comes to scale appearing monster truck tires.

Now, that said, you are seeing a 2.2″ sized market really start to develop for smaller monster trucks. JConcepts, Pro-Line, Duratrax and others have released scale-style tires and wheels for that segment, so even those with traditional “bashing monsters” do have options if they want to make their Traxxas, Arrma or other smaller vehicle look more realistic.

I REALLY think a scale appearing tire/wheel that would easily fit larger scale trucks like the X-Maxx would absolutely kill! That market is currently under-served, me thinks. Despite how functional they are, not all of us want dirt bike tires on our monster trucks! That’s a rant for another day, though.

Thanks Jim, hope that answers your question.