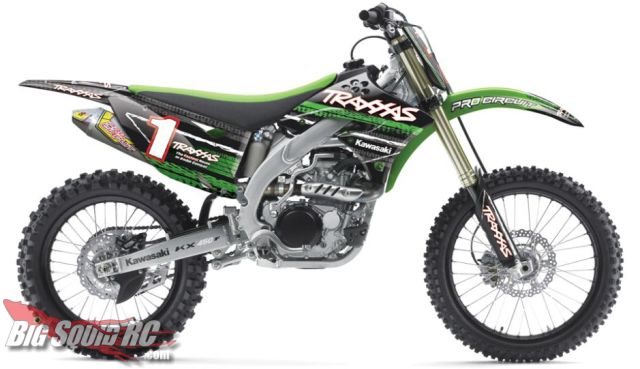 Hey, remember a few days ago, when we told you about that whole Traxxas giving away motorcycles thing?  Well we finally got the official word from Traxxas about how, when, and where these things are going to happen.  There’s 17 bikes in total (well, 16 now, they already gave one away) that can be won if you take the time to attend one of the 17 16 remaining rounds of Supercross this season.

To enter all you have to do is go to the Traxxas area and fill out an Official Entry Form or there will also be a way to enter using your cell phone via text message.  The text message entry procedure will vary from venue to venue.  You can get your name in the hat twice if you use both entry methods.  But you have to be present to win.

For all the complete rules and info hit up the Traxxas Supercross Sweekstakes web page.

There’s a list of the dates of events after the break.