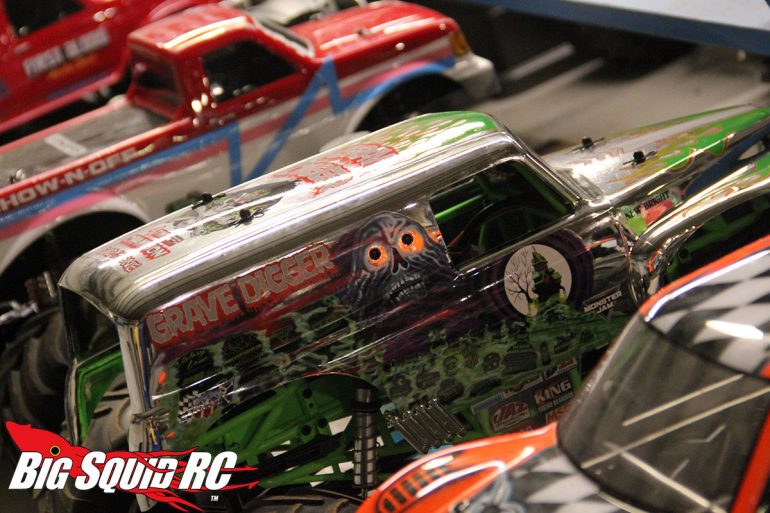 I love scaling, but monster trucks have always been the thing closest to my heart. I’ve been hardcore into them since the late 80’s, but after helping to start-up the Trigger King R/C scale monster truck series with close friends back in 2014 I got sucked even deeper into the wormhole. If I’m not building, wrenching or driving one of my monsters then I’m thinking about building, wrenching or driving one. It’s a real sickness.

Despite solid axle trucks being a segment that’s blown up recently, there is still an aura of mystery surrounding them to the average hobbyist. My racing pals and I are constantly answering questions from people that crave more info. Hopefully I can edu-ma-cate ya’ll.

And hey, this IS Big Squid so I’ll be discussing bashing monsters as well. I had a Stampede on release day back in 1994, was caught up in the nitro fueled madness that the T-Maxx created in the early aughts and currently enjoy the latest and greatest offerings from the Traxxas and Arrmas of the world.

Pretty much anything classified “monster truck” is going to be fair game here, and that includes the 1:1 trucks as well from time to time. I’ve worked in the industry on and off for around 12 years and therefore still keep very close with what’s going on. I figure many of you would find some of these happenings interesting, especially when it intersects with the r/c world, which is more often than one may think.

Whether your preferred flavor is a scaled out solid axle truck that mimics an old schooler from the 1980’s or you like to put 6S in an independent suspension’d animal and let it fly, there has never been a better time to be in to r/c monsters.

I hope to make this a bi-weekly column that comes out every other Wednesday, with the one exception that next week when I’ll have the first write-up done. First topic? The history of tire cutting, why it’s popular with the r/c monster community and how to do it.

See ya next Wednesday!