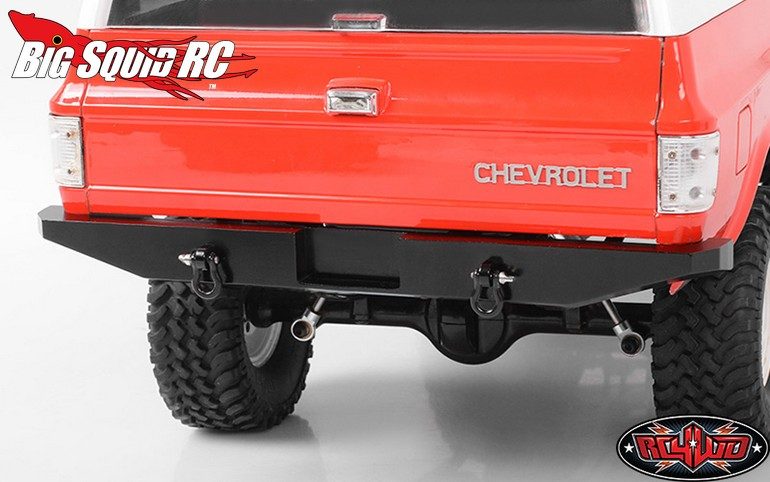 With a lot of scalers running the RC4WD Chevy Blazer hard body, three new bumpers have been announced to allow owners to personalize their rigs.

First up is a fully licensed Tough Armor Rear Bumper. The Tough Armor unit is CNC machined from aluminum and anodized in black. It also has mounting points for tow shackles for even more scale detailing. Pricing is $44 and its part number is #Z-S1744.

Next up is an Aluminum Front Bumper. This bumper has a shiny chrome finish and is also made from CNC machined aluminum. Its mounting bars are anodized in black, it is priced at $39, and it has a part number of #Z-S1731.

Last but not least is an Aluminum Rear Bumper. The rear bumper matches the front listed above and sports a scale realistic chrome finish. Pricing is also at $39 and it has a part number of #Z-S1762.

Get more of the latest RC4WD news Right Here on BigSquidRC.