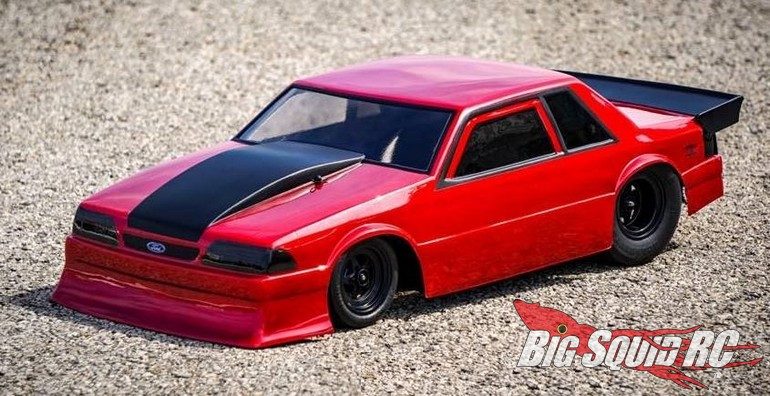 Shown last weekend at the RCDRL Super Nationals were several new items for the Drag Racing crowd from JConcepts.

First up is a new 1991 Ford Mustang body. This style of Mustang was (still is!) huge here in the States, soon you can build a Mustang of your own for drag racing, or just for bashing.

Also new are wheels and tires just for the drag racing scene. JConcepts has come up with new Startec narrow front drag wheels, as well as Hotties front and rear 2.2″ drag tires.

The items above are slated for a July release and you can hit This Link to check out JConcepts’ official website.