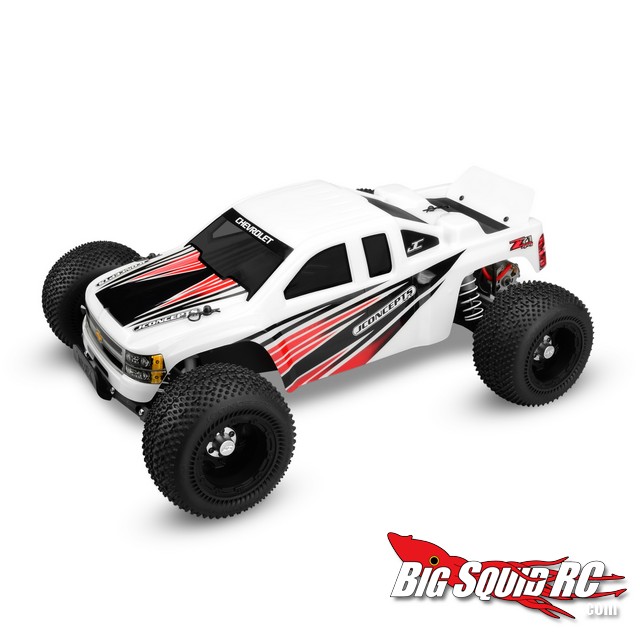 The Traxxas Rustler is easily one of the most popular trucks in all of the bashing world. The crew over at JConcepts have just announced a new body for the Rustler, a Chevy 1500 Silverado. Their new Chevy 1500 body has a low-profile design, beefy fenders and is a great way to customize your Rustler to make it stand out in a crowd. Some of its features and specs include-

The new JConcepts Chevy 1500 body sports a retail price of $30 and you can get more information on the official JConcepts Website.

Looking for more Traxxas news here on BigSquidRC? Check out this LINK.