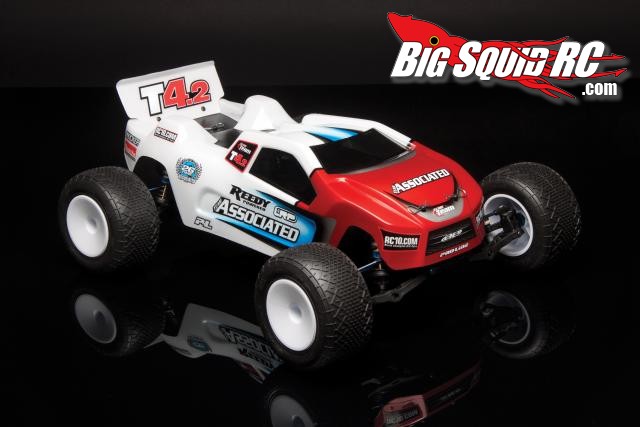 After Team Associated announced their new B4.2 you knew it was only a matter of time until the T4.2 came along. Today the crew over at Associated have released full information on their latest version of the legendary T4, the RC10T4.2 Factory Team Kit. With all the new changes it is bound to be at the front of the pack (like it always has been). Some of the major changes, features, and specifications include-

No word on a release date or street pricing, but hit up the official Team Associated Website for more pictures and information.

Looking for more Associated news? We have it right HERE on BigSquidRC.