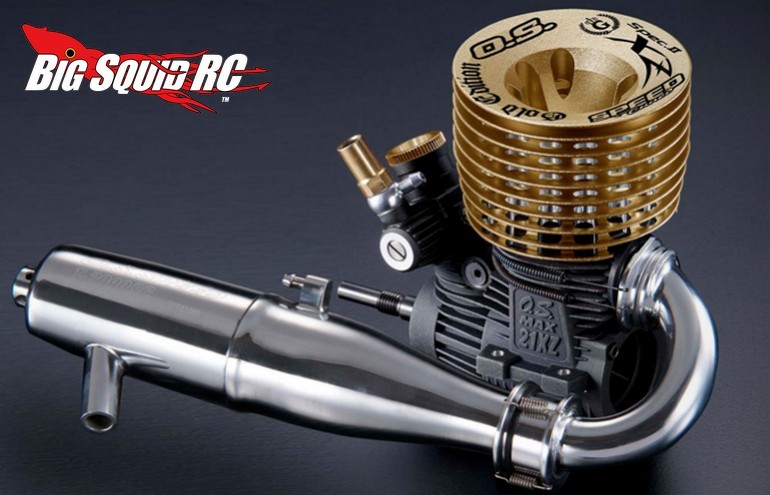 Who said nitro was dead? In fact, we saw more nitro burners at our bash last weekend than we’ve seen in recent years. The 8th scale nitro racing community is also having solid turnouts, thus the need for 8th scale race engines like the one recently announced by O.S. Engines. The crew at O.S. have released information on a Gold Edition of the XZ-B Spec II. Only 100 of the engines will be made, making it one of the most limited releases that you’ll see from O.S., and this is being done in celebration of O.S.’s 80th anniversary. We haven’t heard word on pricing, but the engine with a sweet chromed exhaust has a part number of #1217B. To get more details on everything O.S., simply hit up their Official Website.

Hit This Link for more O.S. news on BigSquidRC.