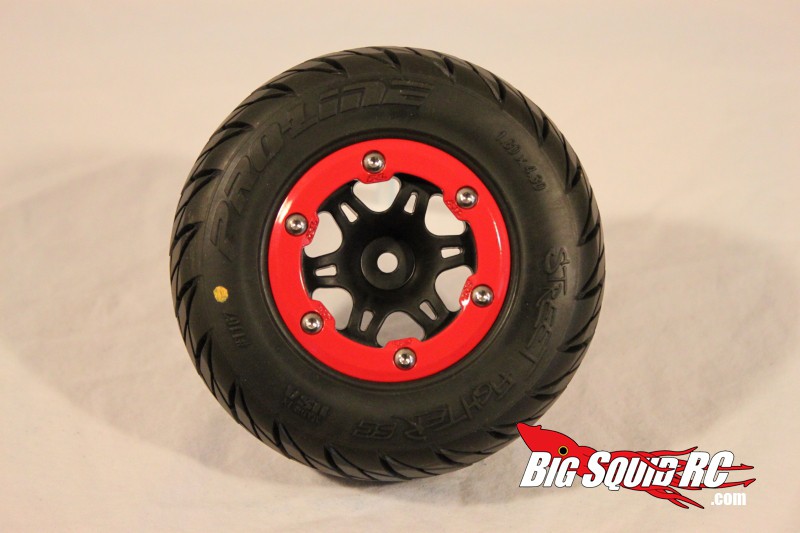 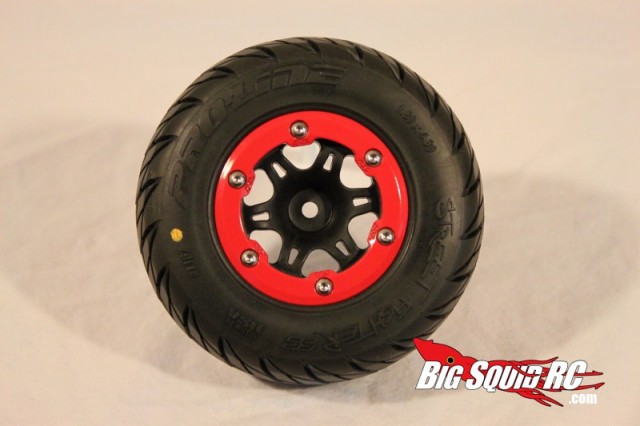 If you are truly a core BigSquid reader, then you don’t spend much time on a track, you spend most of your time bashing. In fact, that’s what the vast majority of rc’ers do, they bash- from city parks, to empty parking lots, to suburban cul de sacs, if there is an open enough space, then it’s the perfect place to get some wheel time.

Pro-Line has some uber new tires for your short course truck called Street Fighters. Do they live up to the famed Pro-Line reputation? Are they worth your hard earned cash? Let’s dive right in shall we?? 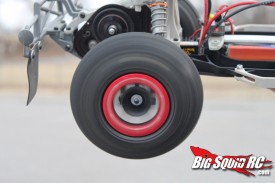 Wear– The M2 compound used on the Street Fighters is a great compromise of good traction, and long wear. We did experience wear on our test Street Fighters, but not an extreme amount. Both of our test trucks had some pretty burly brushless power installed, enough power to slick out knobby tires in just one run. Our test Street Fighters still have plenty of tread/life left even after dozens of WFO runs. 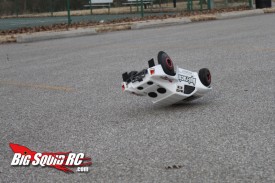 Nothing is ever perfect– There is only one downside to the Street Fighters, weight. Using my incredibly accurate Pelouze scale the Street Fighters (equipped with included insert and PL Split Six Bead-Loc) weighed in at 162 grams. For comparison, a Pro-Line Caliber SC mounted on a PL Renegade rim with a closed cell insert weighs 104, a Pro-Line Switch with included foam mounted on a PL Epic Bead-Loc rim weighs 135, and a bone stock HPI Blitz RTR rim/tire combo weighs 97. The Street Fighters get their additional weight entirely from rubber, they simply have more rubber on their tread than any of the other tires I weighed. More rubber takes longer to burn off, giving them a longer life. But, and there is always a “but”, heavier tires are harder for your motor to turn over (and get stopped), and work your suspension harder. In my testing I had no problems with the extra weight, but it might be an issue in some applications- such as when using a stock power system, or if you are already experiencing problems keeping your motor temps in check.

Time To Bash – 10.0/10 – The Pro-Line Street Fighters install like any other tires, but they are perhaps a bit easier due to their included closed cell foam inserts.

Workability – 10.0/10.0 – Not much to work on with these tires, but I will note that they feature substantial internal ribbing to for increased longevity.

Car Show Rating – 10.0/10 – It was unanimous around the office, these are the best looking SC tires on the market.

Bash-A-Bility – 10.0/10 – They didn’t rip or explode, even on 3S cell counts. They proved long wearing. We drove’em like we stole’em and they are still in great shape.

Big Squid Rating – 9.0/10 – Tentacles..Pro-Line is known for putting out the best, and their Street Fighter SC tires are no exception. If you are serious about your bashing and want the best traction on road that money can buy (that will last forever), these are your tires.