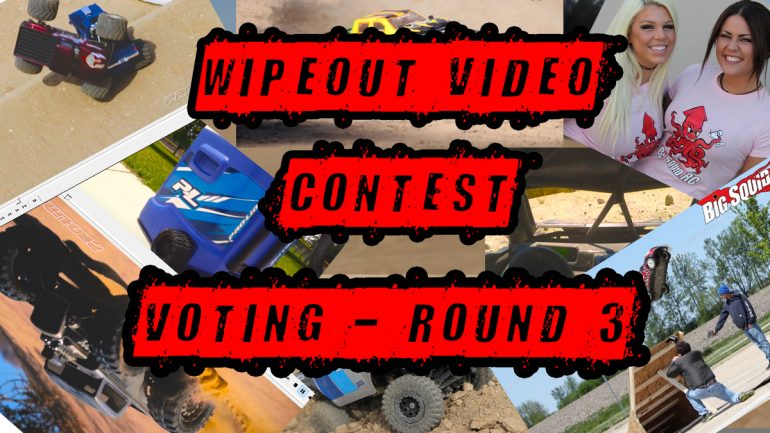 Wow! We are now in the FINAL FOUR of the Pro-Line Wipeout Video Contest where someone is going to win $1000 + prizes! This is so exciting!

If you are just reading about this now, where have you been? The short version of what is going on… we put out a call for bash videos with the help of Pro-Line Racing, readers submitted their videos, we picked the top 16, and have been letting the readers vote to determine Bracket Style who moves on to the next round.

We received many emails about there possibly being some sort of voting issue in the last round in for Matchup number 3. We have gone over all the records, and after reviewing the logs and IP addresses, we decided to proceed with voting logs from individuals, and remove any duplicates. We are sure some people will be upset, but this was something we felt needed to be corrected, and it did change the outcome of who moves forward. We are doing the right thing.

Ok, enough about that, lets move on, we have some videos to watch! Remember, watch both videos, and cast your vote for whoever you think needs to make it to the finals!!! Remember you can vote in each match-up.

Here we go! Final Four! Vote for which videos you think needs to move on to the finals! You’ll have 2+ full days to watch them and vote. So get those votes in by Wednesday December 14th, Midnight, CST.