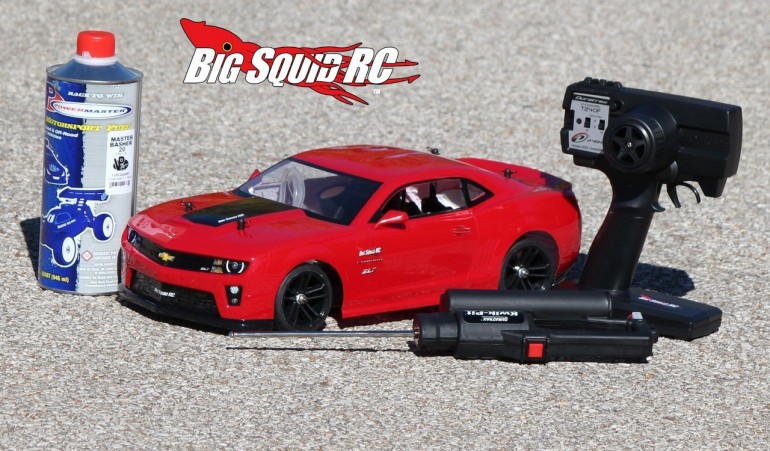 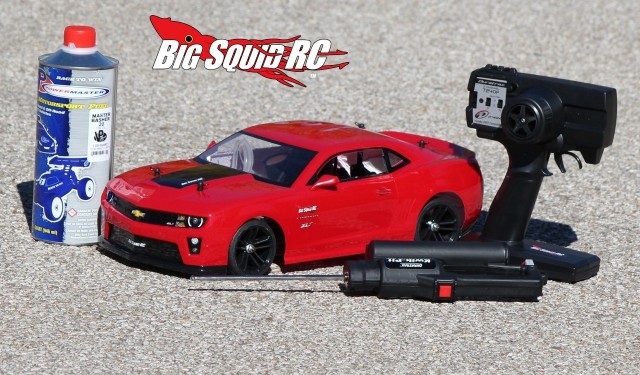 One of the most important people around the BigSquidRC offices is our guy “Wrench Bill”. He fixes all the cars we bust up (he is VERY busy) and generally keeps everyone sane. Bill is also our resident nitro lover. No matter where we go Bill always brings a nitro (or 3) to bash with. There are a lot of people out there like Bill, a big part of their enjoyment of the hobby is tuning and driving nitro power.

We hadn’t tested a nitro vehicle for a while then the good folks over at Duratrax sent us their Camaro ZL1. The Camaro is a tenth scale 4wd that comes with a .18 sized nitro engine. We’ve been bashing it for several weeks now, what did we learn?

* The included .18 engine has a LOT of power. It ripped hard from a dead stop all the way up to top speed. If you are looking for a car to impress the neighbors with power, the Camaro will do that. Also of note, we never had a problem getting the engine to start, and it stayed running better than 90% of the engines we’ve been around.

* We liked the included 2 speed tranny. Ours shifted well out of the box and made for nuclear takes offs and good top speed.

* The included tires gave good traction. Unfortunately all the power on tap really shortened their lifespan.

* The Camaro comes with a plastic pipe and we ended up melting the outlet on ours. This plugged up the exhaust and kept the engine from running. We also had one of the gears on the two speed come loose and fall off.

* With a spool in the front and a diff in the rear the Camaro handles well if you can keep from constantly pinning the engine. When driven with a smart trigger finger the car can really haul on pavement.

* We were big fans of the included electric starter. It makes life soooo much easier than a pull start.

* The Camaro is one of the best looking cars ever produced by Duratrax. It is officially licensed by Chevrolet and looks really sharp in person.

The Duratrax Camaro ZL1 has a part number of #DTXD53** and are street priced at $299. To get more details you can hit up the Official Duratrax Website.

Like reading our reviews? Find more At This Link on BigSquidRC.