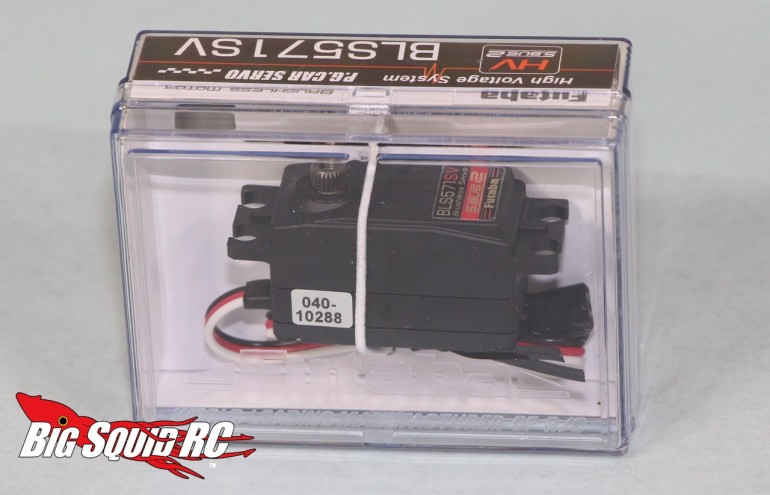 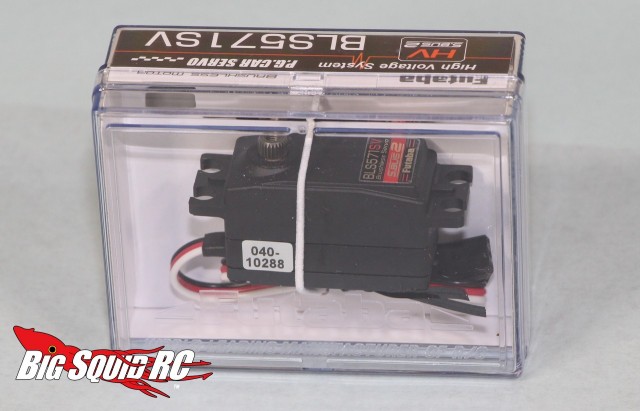 It has been a decade since brushless motors took over our rc cars and trucks. Now, brushless is taking over even further, they are being used in servos. When used in a servo they are said to be smoother, more efficient, and more powerful than other styles of motors.

Futaba sent us one of their brushless powered BLS571SV servos for review a couple of months ago. Since then we’ve been driving it like we stole it. What have we found out?

* The BLS571SV is a “low-profile” size servo. That particular form factor comes in handy for tight installs like touring car, 12th scale pan cars, and in 10th scale buggies. We installed out test unit in a Durango DEX210V2. It was a perfect fit, very easy to install, and left our chassis with plenty of spare room for other electronics.

* We had a half dozen seasoned hobbyists get in some wheel time with the Futaba then asked them their thoughts. To a man, every tester felt that the 571 was one of the smoothest servos they had ever driven. There simply was no lurching, no shaking, and no skipping around, just buttery smooth movement. And it didn’t matter if it was a small degree of input, or a full sweep, each and every movement with the Futaba was among the smoothest we’ve ever tested.

* In an age where a “digital” servo can be louder than the running gear on a car, the Futaba was refreshingly quiet.

* The 571 had more than ample torque for our Durango buggy. Regardless of speed or conditions, the Futaba held the front wheels exactly where we had them pointed.

* We didn’t use a servo saver on our test buggy and the Futaba lived without issue. No, we didn’t endlessly plow into the pipes in an attempt to blow it out, but we had more than our fair share of hard pipe slaps with no ill effects to the servo.

The Futaba BLS571SV is a high-end servo that definitely gave top shelf performance, everyone that drove the 571 immediately fell in love with how smooth and accurate it was. We can very highly recommend it to you, for more information on other brushless servos in the Futaba line-up simply Click Here.