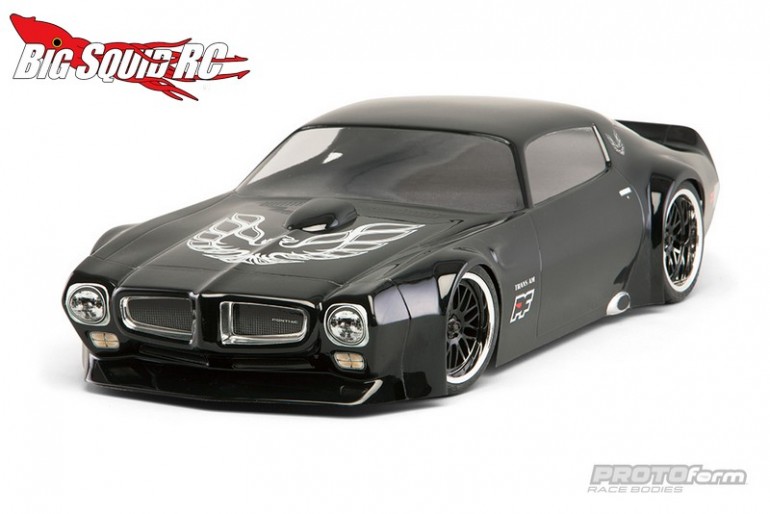 PROTOform has just announced their latest body, a 1971 Pontiac Trans Am. Once again the PROTOform crew has knocked one out of the park, the Trans Am looks awesome and it should perform quite well on your VTA racer or cul-de-sac speed machine.

With scale realism all the rage, PROTOform put lots of scale detailing into the Trans Am, examples of this are the shaker hood scoop, duck tail rear spoiler, and aggressive front beak. The Trans Am also comes with a spare nose cone just in case you crash as often as we do.