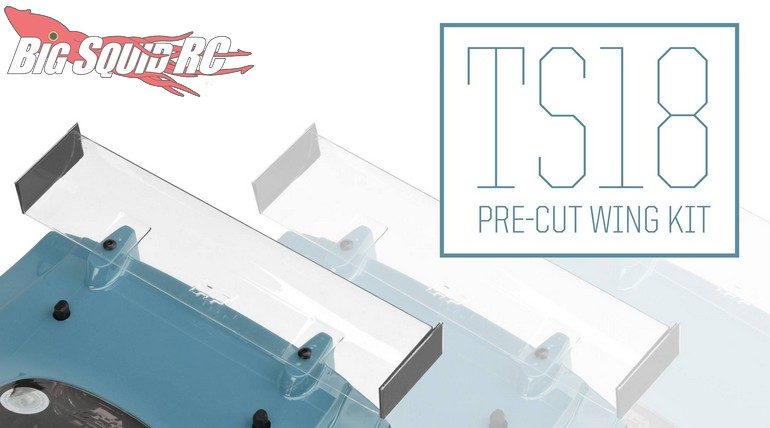 Just announced by PROTOform is the TS18 Pre-Cut Wing Kit. The TS18 is a thicker version of the Type-S wing. It is made from a medium thickness polycarbonate and is designed for 190mm touring cars. PROTOform says that the TS18 can help give your car a neutral style of handling and that the wing is great for almost any type of track surface.

Street pricing for the TS18 is only $11. The wing kit has a part number of #1728-17 and full detail are waiting for you over on PROTOform’s Website.

Read up on more PROTOform News right here on BigSquidRC.