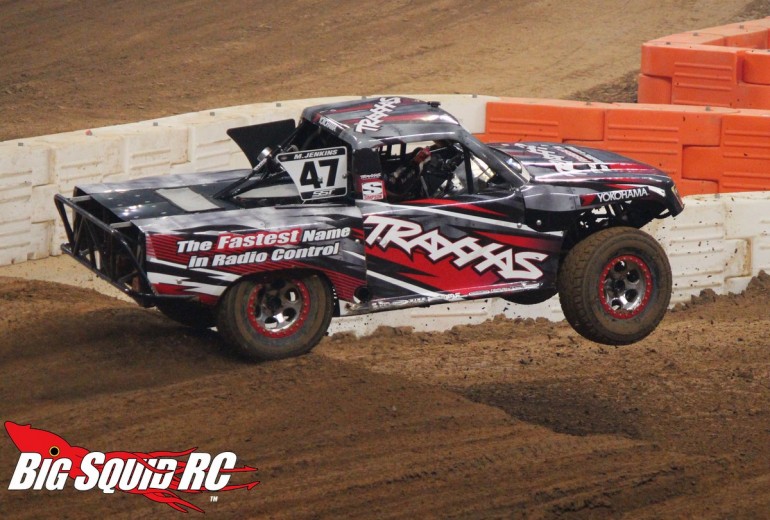 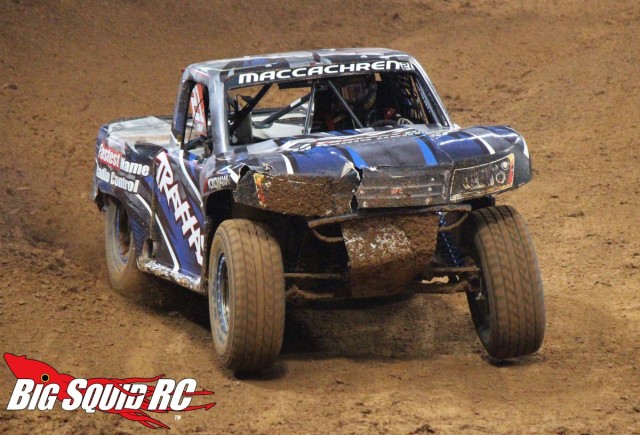 When Robby Gordon’s Stadium Super Truck Series invaded the Edward Jones Dome in St Louis Missouri Saturday night, fans knew they were in for some good racing, but little did they know it would turn into an all out battle for the championship points lead before the night was over.

The soft Missouri soil started to crumble during the SST main event, causing deep ruts and blown out spots that went all the way down to the concrete stadium floor. In the end the fans were treated to a no-holds-barred dual between the two points leaders, Traxxas backed racer Rob MacCachren and Speed Energy Drinks Robby Gordon. Gordon worked his way past MacCachren into the lead on lap 12 of the 18 lap feature event, but MacCachren was stuck to Gordon’s rear bumper tighter than Bob Smith CA glue on a new set of Pro-Lines. For the rest of the main Gordon and MacCachren pushed to the limits of the blown out St Louis track, with 2 laps to go MacCachren was able to make a pass stick for the lead and the win. With the win at round 6 in St Louis MacCachren was able to jump back into the overall series points lead.

The SST series has featured different types of racing at different venues this year, for the St Louis round the racing included the premier Stadium Super Trucks, Monster Trucks, and Stadium Trophy Carts. 15 year old Sheldon Creed raced both the SST and Cart classes, and took a convincing win the in the carts. In the monster trucks BIGFOOT made its first appearance in a big St Louis dome in over 20 years. In the Monster Truck final Aaron Basl drove the Graffiti truck to the win over the Summit Racing Equipment BIGFOOT driven by Dan Runte.

Next stop for the SST series is Soldier Field in Chicago Illinois. The BigSquidRC crew will be there in force covering the race, we hope to see you there.