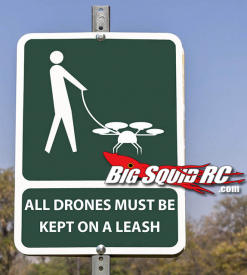 Ok, I’ll take a page out of Peter Griffin’s book: You know what really grinds my gears? The word ‘drone’.

By definition, a drone is a aerial vehicle that does not have a physical pilot on board. When most people think of the word drone (previous to quadcopters), we thought of missile launching gliders flying over the Middle East during ‘Operation: Iraqi Freedom’.  The lamestream media has quickly adopted this term to sum up all multirotor aircraft, deeming them a new technology that while a new and upcoming trend, can be an invasion of privacy or a danger to the public due to bad piloting, mechanical failure, etc.

First of all, the term drone is ever growing in the science and technology field as a fully-automated device. So yes, some multirotors are becoming drones thanks to technology like Ardupilot (mentioned in this article). Now all RC Aircraft (including RC Planes and non-multirotor helicopters) are more qualified as a UAV, or Unmanned Aerial Vehicle.

Second, as much as the term drone is changing, the original definition does instill a little fear. Whether an invasion of privacy or the launching of missiles from the sky, the word ‘drone’  isn’t all unicorns and rainbows.

Overall, I’m not angry, I just want multirotor aircraft, UAVs, and RC anything to get their fair chance to be a fun and enjoyable hobby for all. I would like the news media to show the positive and fun side of the hobby, like when I got to show off for WGN Morning News here a month ago.

The 200QX review is moving along (See my unboxing post?). I will finally get the last of the great quadcopter build series done, too. Until the next installment of fun, Stay Shiny and Keep Flyin’!