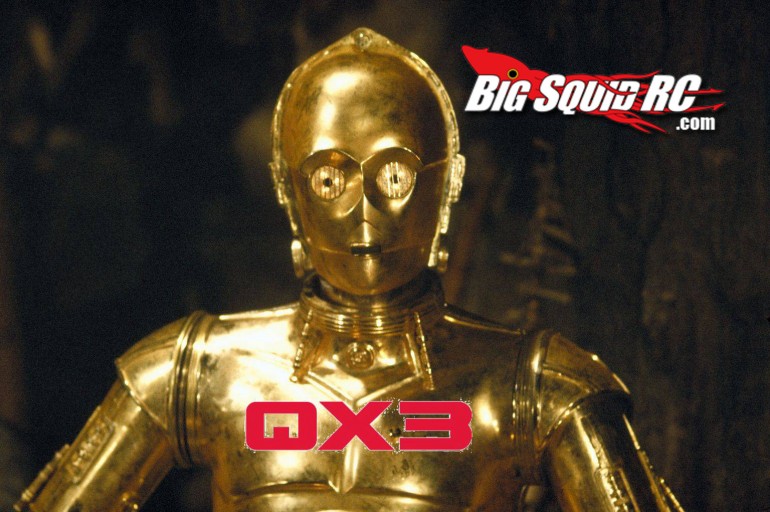 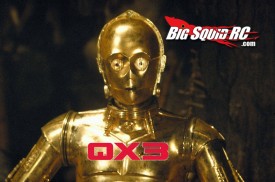 So maybe I’m excited that principal photography is done for the new Star Wars movie, but it was nice to see that Blade Helicopters announced last week the new 350 QX3 and 350 QX3 AP Combo for all to enjoy even more precision in their quadcopter flying and aerial photography. So the question must be asked: “What is new to this quad that makes it different from the other two?”  as well as “What if I already have a 350 QX(QX2) and don’t want to buy new?”

The great advantage the 350 QX3 has compared to its predecessors is the GPS setup. That ‘My Favorite Martian’-esque antenna on that quad is a GPS mast, separating the GPS antenna away from the rest of the electronics, keeping interference limited (as best as possible) to solar flare activity from the sun. This will help in faster GPS lock as well as a consistently stable lock after takeoff.

The other feature of the QX3 is the new programming interface. Now you can play with some settings on your quad, check your calibrations, as well as update the firmware on the quadcopter all from an easy to use interface. This is not NEW, per say, as you see this on DJI Naza and Phantom systems, but it’s new for Blade and takes the guesswork out of calibrations and settings on your multirotor.

Want to update your 350QX or 350QX2? Look no further! I have the parts (and numbers) for all of you current owners (like me) who want to know the difference and how much it can cost to update.

Main Board: If you didn’t already with the QX2, the new main board for the QX2 is the same as the QX3, and features that extra antenna wire for better radio reception. The part number is BLH8101 and retails at $200.

USB Interface: Many of you QX owners have it if you updated to the 2.0 firmware, but if not the USB Multirotor programmer is BLH7840 and retails for $15

GPS: Since the GPS is moving, you need to pick up the new GPS antenna as well as the GPS Mast. The part numbers are BLH8103 and BLH8102 and can be picked up for $30 and $17, respectively.

For the 350 QX owners, the total upgrade price will be around $297, where the QX2 owners can upgrade for around $82 (not including USB Programmer).

With the price of the new quads starting at $450, current owners can rejoice it won’t take eBay, Craigslist, and lots of overtime to get to the current technology.

In other news, the Ares  reviews are getting final touches with a few more flights getting snuck in between the strong winds and extreme cold here in the midwest. I am also getting close to wrapping up my Goblin 570 to show off for you as well as getting the last few components to discuss my FPV Quad Racer in the coming weeks.