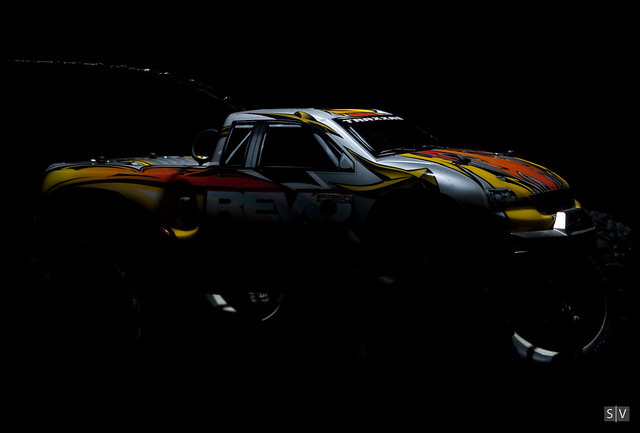 What a week it’s been, between the 36 hour turn-&-burn of RCX last weekend, to our hugely successful March Bash-ness Event, things around here have just been out of control.  And they’re continuing into next week as we wrap up March Bash-ness and give away another vehicle.  Is it going to be an HPI or Traxxas vehicle?  That’s up to you voters!

On another note, I’ve been involved in this hobby, off and on, for nearly 20 years now. And yet I still find myself amazed at the massive diversity of the hobby.  My pick for video of the week is an example of this and just goes to show that no matter what it is, if there’s a full size version, somebody has miniturized and radio controlled it.

Build Log: Building a 5B SS for Sand – One of the most in-depth build logs ever, though still far from complete, bookmark it and watch.

Interesting: 14 Things You Didn’t Know About RC – Unless you’ve been involved in this hobby for quite some time.

Shameless Self Promotoion: RCX 2011 + March Bash-ness = crazy around here this past week. Brian was super excited.

Speaking of RCX: It’s becoming a touring show, so it may be coming to a city nearer you next year, assuming Long Beach, CA; Chicago, IL; or Orlando, FL are nearer you.