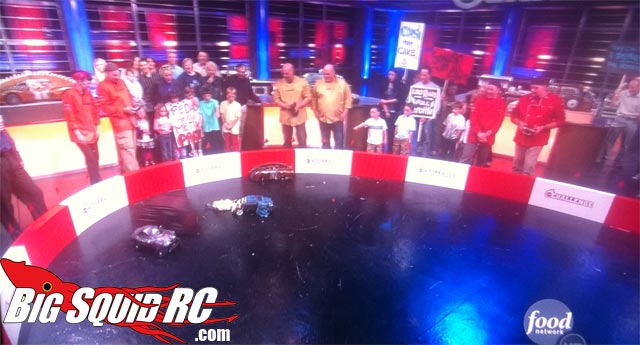 Adding to our constantly growing list of RC On TV, I spotted a show on the food network called Challenge. I jumped in mid way over.. but the basic premise was to build some sort of remote control vehicle out of cake. They started with various vehicles as a ‘base’ and then piled cake and frosting on top. Some people made cool looking cars, others battle bots. Then, to finish it off they had to drive them around in a little area they had set up at which point it became a battle arena! Cake flying everywhere!

Seems like every time I turn on my TV, there is some form of RC on! Good signs that the hobby has really gone mainstream.