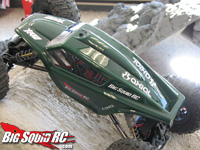 What it is: The XR10 is the latest rock crawling vehicle from Axial Racing. It is a MOA or Motor On Axle crawler, meaning it has a motor on the front and a motor on the rear axle. This really bumps up a few levels from your normal crawler.

What we needed:You need a an extra motor and a speed control that can handle two motors at the same time. For this we used the Tekin FX-R esc and motor combo, with an extra 45T motor. While most single motor rock crawlers used a few different styles of Dig that separate gears or drive trains, we used the Dig Switch 3D from Punk RC. This allowed us to use a 3rd channel to short either one of the motors locking them in place which can work a lot better then just having a set of wheels roll free. Our radio of choice was the Futaba 4PK. A lot of rock crawler die hards have changed over to stick radios that can really allow them some seriously precise control, but we know our audience is probably going to stick with their three channel wheel radio, so that’s what we did. Wrapping up our needed items was a Castle Creations BEC. A BEC was needed to help regulate our voltage to the steering servo. With all that power being used by the two motors, you can really run into some issues. 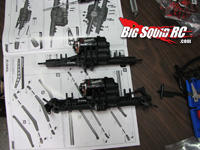 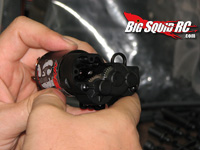 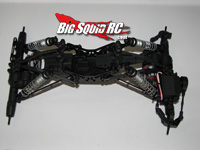 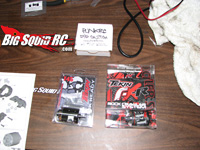 The Build: The XR10 comes as a true kit. A box filled with a bunch of bags, filled with a punch of pieces. The directions were well written, and for the most part easy to follow. This is one of those projects where you don’t want to skip steps or say ‘I can take it from here!’. Just follow the step by step, and do it right. There are a LOT of screws in this kit, and the sizes are very close. Make sure you pay attention to size and put the right ones where they belong. There was a few cases where we picked up a screw that fit and worked just fine, two steps later we found out we needed that screw and used the wrong one. Not a big deal, it happens. Bill and I tag teamed this one, finished the build with wiring, tires, the works in two half days time. (maybe 8 hours.. but we took our time, and there may of been some bashing in the slow spots)

We have heard of people stripping gears already, and having issues, but we have had none. Our guess is that the people having issues used the wrong screws when building the gear cases and something is moving on them that shouldn’t. We can’t stress enough, take your time, get the screw sizes right.

Wiring went smooth. We recommend that you go out and buy some nice new wire, and make it look clean. With two motors and the Punk Dig, there are a lot of wires involved. We tried several combinations of placement, and found one we liked. It gave us access to the receiver, esc and dig. 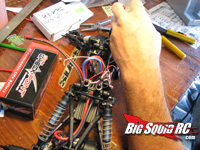 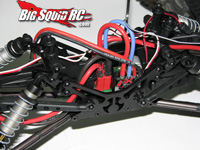 We have never used a Punk Dig before, so this was a new experience. Wiring and installation was simple, set up with the radio went smooth, and it works like a charm. Honestly, we were surprised at how well it does work! If you can use an electroic dig for your crawler project, we recommend the one from PunkRC. 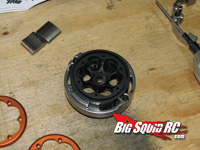 The Vanquish and Axial wheel weight systems work well. It’s cool to see this included in the kit, and not something you need to go get later.

The adjustability on the truck is everywhere. From gear box to suspension tweaks, you can get everything dialed in just how you like it.

Crawler in Action:
After all our hard work, we plugged in the battery, turned on all the systems and pulled the trigger. A minor ‘oops’ with motor wiring had our rear wheels rolling forward, and front wheels rolling backward. You don’t see that every day with a single motor system. LOL. A quick wire swap and we were in business.

The beast came to life and was rolling around the work shop. Crawling over minor stuff laying around, we could immediately tell this was like nothing we were used to. We packed up and headed to the crawling course at our local Hobby Town.
When we arrived there was probably 3 or 4 people already on the course getting in a little practice and testing. We pulled out the XR10 and caused some whiplash with all the head turning. As the crowd gathered, we lined up for the first section, a extremely rough and bumpy incline. With a constant pull of the trigger we were up and over as if it was a flat hill! The guy standing next to me with his crawler in hand said “Dude, that’s not even fair!” I then traversed the rest of the course start to finish in just over a minute. The same course that people are usually just getting done under the 4 minute mark. The course was designed with AX10’s and scalers getting the most use, so for a vehicle like this, it was barely a challenge.

Driving this truck was a whole new experience. Normally I am taking my time, picking and choosing my lines carefully, and taking the course one rock at a time. With the XR10, the attitude was, I want to go up there, pull the trigger, and it goes up. I want to go over that hill, drive at it, go over. Courses are going to seriously change around these parts with vehicles like this being used. The confidence that the XR10 gave me was incredible. It could handle whatever path I decided to take, and didn’t even break a sweat. Rarely was I using or needing the dig system. I actually kept forgetting I had it at my disposal, but when I did use it, it was great.
Using the Futaba 4PK worked out great. It allowed easy setup with the dig system, and it drove the truck well. 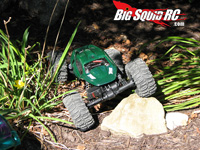 Overall impression, this truck is great! It’s going to change the way courses are built, and leave most other vehicles stuck far behind.

I’m looking forward to our first comp with the truck, and will update as we go.

Workability – 9.0/10 – Nothing seems to be difficult to work on or service.

Big Squid Rating – 9.0/10 – Tentacles.. This isn’t a simple kit, but it has taken the kit crawler to the next level. Courses will need to raise the bar to give this truck a challenge.

Some comparison shots from the XR10 to the AX10. The XR10 is not like your daddy’s crawler! 🙂 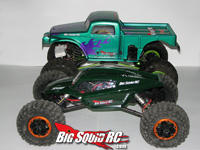 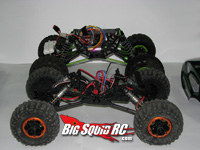 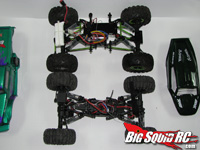 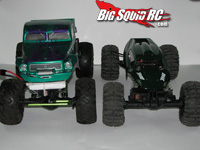 Click here to see all the Axial XR10 un-boxing pictures.