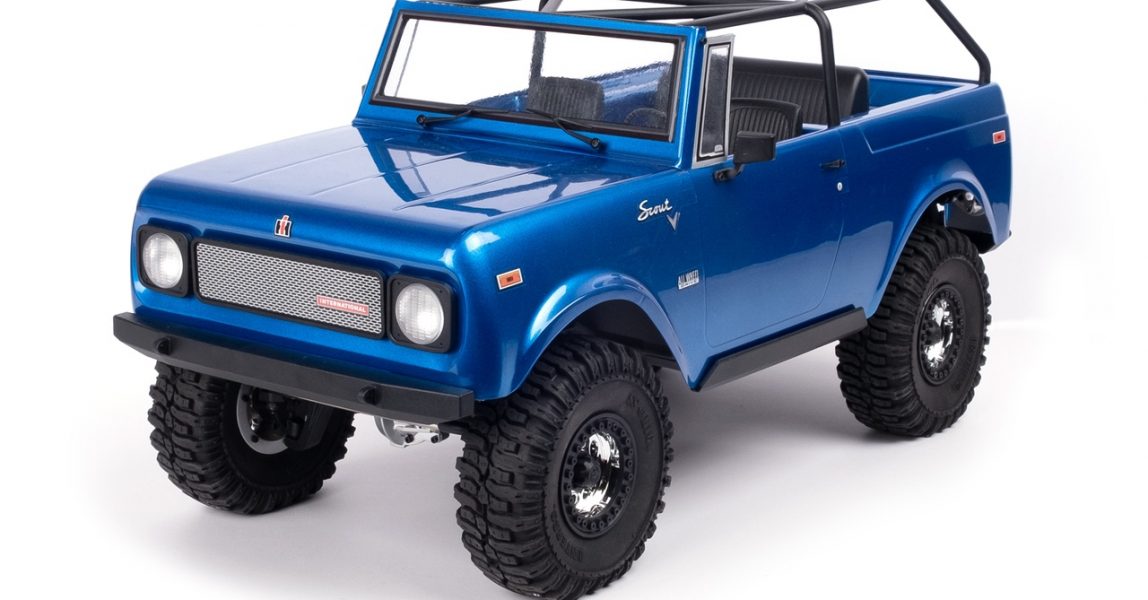 Redcat Rides Again with its Gen9 Scout 800A Trail Truck

If you need some adventure in 2023, the team at Redcat has you covered with the release of its Gen9 Scout 800A trail truck. Following in the tire tracks of its predecessor, the Gen8, this revised rig builds on past performance while bringing a few fun surprises to the table.

On the outside, Redcat’s new trail machine has received a new look with an officially-licensed Scout 800A body (available in metallic blue or silver) that offers a detailed interior with an open cage to let you maximize your scale detail. With goodies such as front bucket seats, a rear bench seat, a steering wheel, a shifter, door handles, and even window levers, the Gen9 is tricked out right out of the box.

The exterior of the Scout 800A body features plenty of visual goodness with detailed panel lines and outer body details ranging from windshield wipers and side mirrors to door handles. The headlights and taillights feature LED-ready light buckets for easy illumination for night driving, and the body itself offers a new mounting system that latches in the front and rocks to the rear for easy chassis access.

Speaking of the chassis, aside from a few minor items, it’s a spitting image of the Gen8. The biggest differences between the two are a two-speed transmission and shifting servo, rock light ports, and redesigned rock sliders. The wheels are chrome-plated plastic 1.9" beadlocks wrapped in licensed Interco SS M16 tires. Attached to the outside of each wheel is a false exterior beadlock ring for added visual dressing.

The Gen9 carries a price tag of $399.99 and will be shipping later this month. For more details on the Gen9 International Scout 800A, visit redcatracing.com.