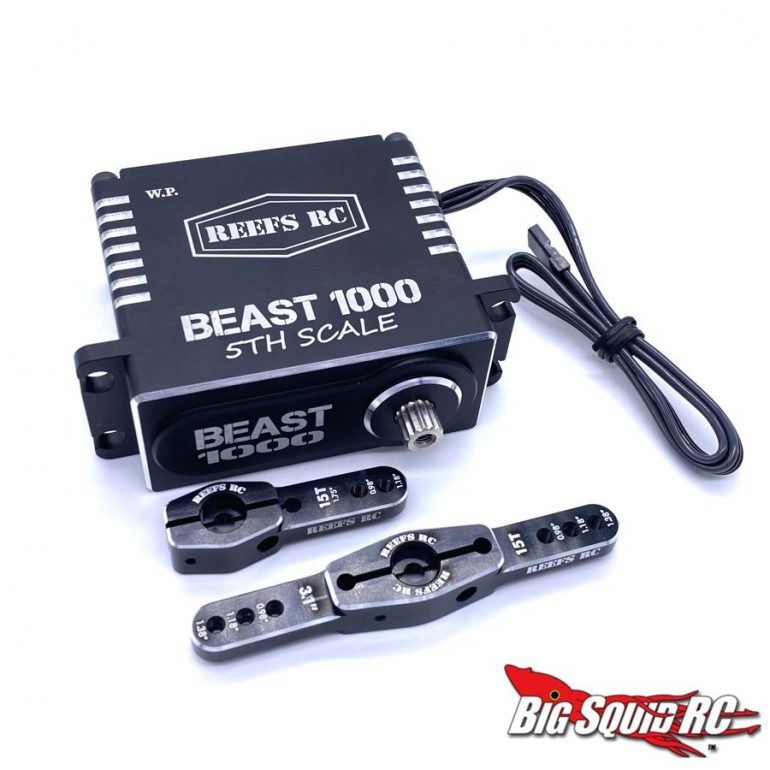 Known for its “standard” 1/10-scale and micro servos and servo winches, this is the first large-scale offering from REEF’s RC, and it looks like they’re bringing the same level of performance and detail to the 5th scale world.

The Beast 1000 features an aluminum case, steel internal gears,  a magnetic angle sensor, and pulse width modulation control. This servo can operate between 4.8V and 8.4V power and does not require a BEC.