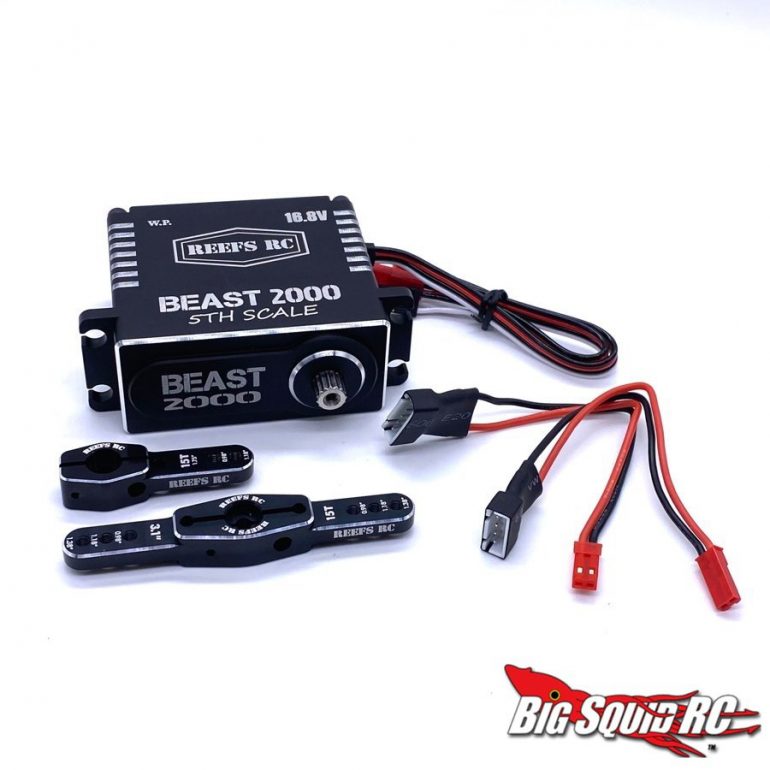 Following up on the release of the Beast 1000 5th Scale Servo, REEF’s RC has announced its second 5th scale steering servo, the Beast 2000.

REEF’s RC has made a name for itself in the R/C community based on the monster performance of their “standard” 1/10-scale and micro servos and servo winches, and from the looks of it, they’ll soon make a name for themselves in the large-scale crowd as well.

The Beast 2000 features an aluminum case, steel internal gears,  a magnetic angle sensor, and pulse width modulation control. This servo can operate between 7.4V and 16.8V power and does not require a BEC.