So this past weekend were the ROAR Electric Nationals. We aren’t the ‘racer’ type around here as you know, but we have a lot of ‘pro’ friends, and it’s always fun to go hang out with all the racers and manufacturers, even if we don’t really care about the results. Well I had a ton of stuff going on, so I decided to send Bill to do a little field reporting action. As soon as I mentioned that he was ‘getting to go’, he groaned. He then mumbled something about the same racers in each a-main in each class, and the hours in between finals.. I honestly think he’s been reading the Cub Report too much! I need to separate those two guys a little more!

While he was on the road, I got an email from Greg over at Chicago Mini RC Club about some racing action they had going on. Sadly, I was too busy to make that as well, but called Bill and let him know Greg had some racing going on also. Talk about a basher at heart… Bill was about 45 minutes from the ROAR Electric Nationals, one of the biggest races in our sport, and he chooses to go the other direction to watch and race Mini Z’s! Funny stuff right there.. I’m sure Cubby would of been proud!

Wouldn’t you know it, an hour later I get a text message asking what Mini Z’s we have around the office! We only had some Kyosho Overlands that we used to race, but I have a funny feeling there are some Mini Z’s in our future. 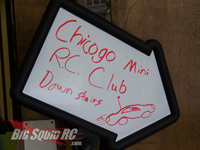 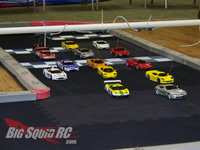 Here is how their club works, you pay a small fee (like $10 or so) and you get to race for a few hours. You don’t even need to bring you own vehicle! Get this.. they hand you a charged Mini Z, and if you break it, or run out of batteries, you just bring it back to the pit table, and they replace/fix it! No cost to you! Bill said there were a ton of kids and newbies as well as a few RC veterans. Some people brought their own cars, but most were racing the club vehicles. 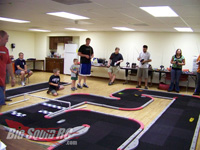 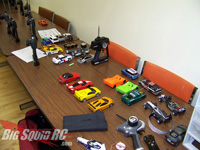 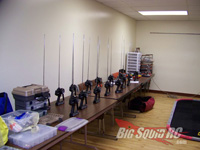 So how great is that? You pay a couple of bucks, you can take your kids, you can race all you want, don’t worry about breaking anything, fixing anything, or charging anything! You enjoy your day of RC and go home. It does not get better than that! 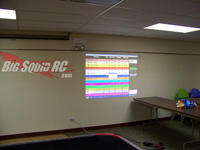 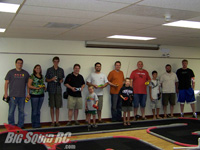 What’s great about the Mini Z’s is that they are really durable. Greg sent a picture from a recent event where there were a bunch of boy scouts, and he said out of 50+ kids beating the heck out of these things, there was only 1 or 2 broken parts! 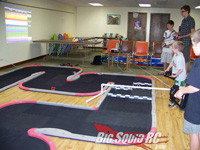 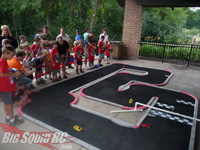 If you are looking to get into the RC hobby, or want to get your kids into it, and the vehicles you have are not really kid friendly, make sure you check out the Chicago Mini RC Club! It’s a great place to start, and we support anyone who’s doing their best to bring new people especially kids into the hobby!

I bet not one marshal at the Mini RC club was yelled at, cursed at, or accused of costing someone a race. There probably wasn’t a bunch of ranting about who cut off who, and how this guy or that guy does not belong in this class. I’d bet not too many one hour breaks either.

Good job Bill, I think you made the right choice!

Make sure to check out the Chicago Mini RC Club page here, and download their flyer here(pdf) for information about upcoming events.