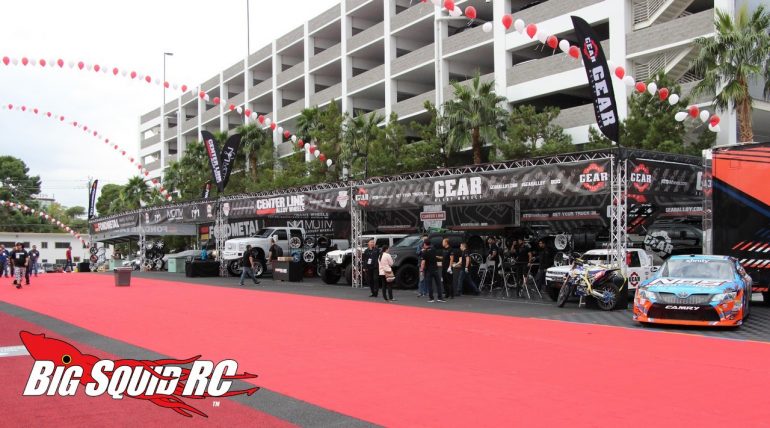 What was it really like to attend the 2016 SEMA Show? Much like Las Vegas the host city itself, it was overwhelming. All the vehicles at SEMA were, to put into one word, extreme. The trucks were crazy tall, the cars were incredibly rare & expensive, the modifications were next level, and even the size of the show itself was larger than anything we’ve ever experienced.

SEMA is a show to showcase the full sized car modification market, and after getting to see the show in person, we would have to say that their industry is doing fantastic. The show had not hundreds, but thousands of booths, all filled to the rim with mega-buck cars and mods. We were also amazed how no genre was left out. If something was, is, or is going to be a trend, it was represented at SEMA. We were also amazed that mainstream companies like Chevy, Ford, and Chrysler went to extremes to have incredible booths at the show. It wasn’t enough for them to bring a fleet of cool stock vehicles, they had to bring absolute custom show stoppers, it was obvious that even they consider the show to be of the utmost importance.

We also have to thank the fantastic guys (and gals!) at Traxxas for the incredible tour around their booth. Traxxas is a great example of what can happen when rc cars intermingle with full sized racing. Traxxas is a huge supporter of short course racing, drag racing, and motocross, to name a few, and it goes without saying, that cross marketing has helped them succeed in the rc world.

We would also like to thank the fine folks at SEMA. All of their people that we got to work with were highly professional and courteous. The media center was absolutely mind blowing- an enormous area with lots of seating, tables, internet access, along with food and drink. The media center also had a large press release area for live announcements, something that was far more professional than we have experienced at any other show.

Below you’ll find another HUGE gallery from the SEMA Show. SEMA is simply far too large to attempt to cover individual booths, therefore we are letting the “a picture says a thousand words” do the talking for us in our closing SEMA post. We hope that some of the pictures below might inspire you to start modding your full scale ride. As rc’ers we love to mod our little cars, but tricking out a full sized ride can also be immensely rewarding. Until next year, enjoy the gallery below!

To learn more about the SEMA Show you can visit their official website by following This Link and you can read all of our show coverage at This Link on BigSquidRC.