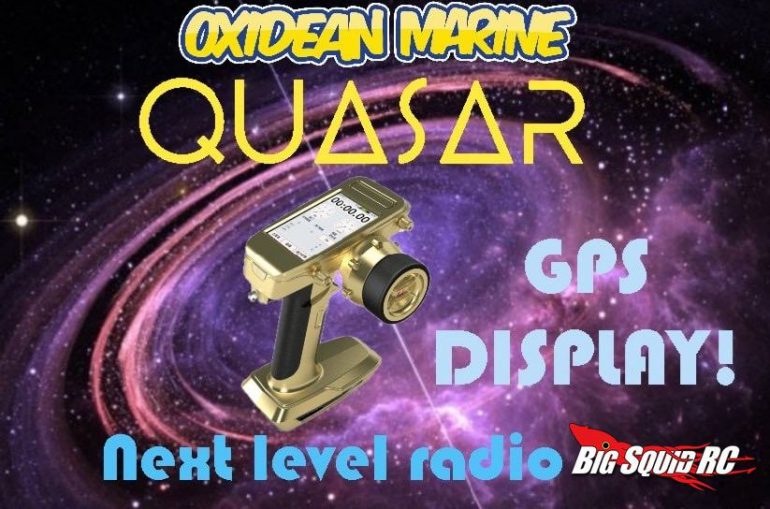 With warmer weather approaching, who’s ready to hit the water? If you prefer to rip up waves vs kicking up gravel, Oxidean Marine’s upcoming radio release might be a great fit for you.

In this short YouTube video, Bill from Oxidean Marine shows off a prototype of the Quasar, a “next level” R/C boat transmitter that features voice feedback, a large, detailed screen readout, GPS-based telemetry, and LED control feedback that’s built into the case.

There is a GPS unit built into the receiver, which will provide plenty of telemetry feedback when you’re ripping across the water. The unit shown in the video above is a 3D-printed prototype, so the final version will look different. That said, this looks like a unique (and interesting) option for radio-controlled boating enthusiasts.