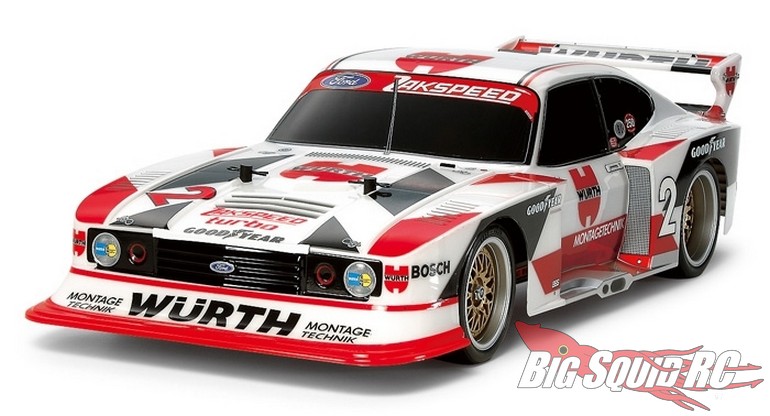 Over at Tamiya they have announced the re-release of their Ford Zakspeed Turbo Capri Würth. The re-release of the Zakspeed Ford comes on Tamiya’s easy to build and maintain TT-02 platform and of course has the scale inspired look that is so sought after today.

The Tamiya Ford Zakspeed Turbo Capri Würth has a part number of #58578 and you can use This Link to read more Tamiya news on BigSquidRC.