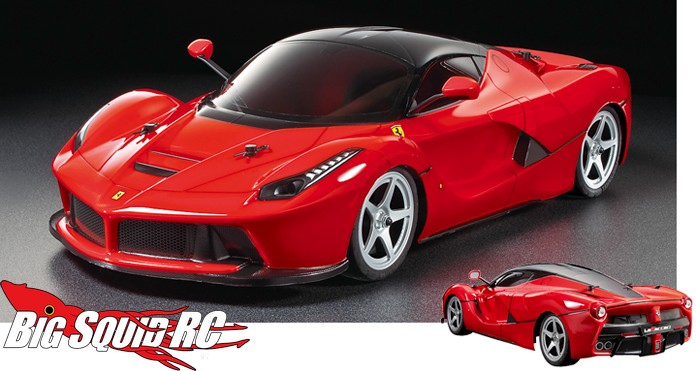 For all you Ferrari fans, Tamiya has just announced they are releasing the F150 LaFerrari supercar on two of their platforms. The LaFerrari will soon be available on Tamiya’s entry level TT-02 4wd chassis, and on its more high end 4wd TB-04 chassis. The highly detailed and scale authentic body is sure to make it a hot commodity among Ferrari fans.