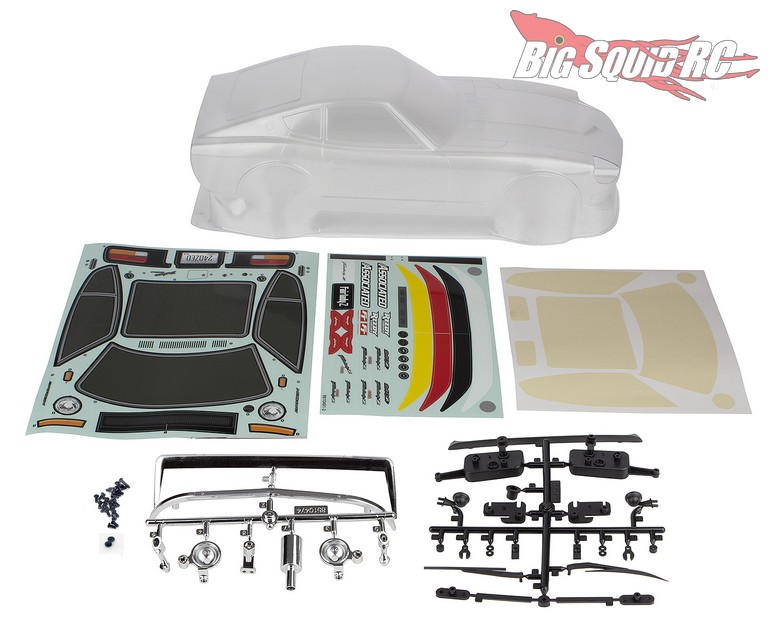 The crew at Team Associated has announced that their 1/10 APEX2 Sport Datsun 240Z Clear Body is now shipping. AE recently released a Datsun 240Z RTR and soon you will be able to get that trick 240Z body in clear. Sized to fit standard 1/10 touring cars, the Datsun 240Z has been nicely scaled down from the original for your bashing pleasure.