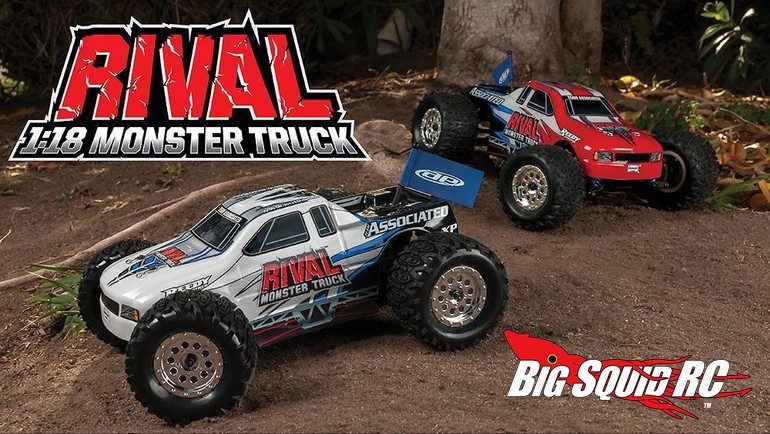 After the announcement of their touring car and buggy, Team Associated has released details on the 1/18th scale Rival Monster Truck. The Rival looks a whole lot like the 18th scale Associated RC18MT that was so much fun back in the mid 2000s, now it is back with updated RTR electronics. Speaking of electronics, it comes with a Reedy ESC/receiver combo unit and a Super 370 brushed motor. A NiMH battery pack and charger is included, as is an Associated 2.4GHz transmitter.

Pricing for the Rival is $129 and they are expected to start shipping later this month. #20112 is its part number and full details can be found over on Associated’s Official Website.

Click Right Here to catch up on more Associated news on Big Squid.