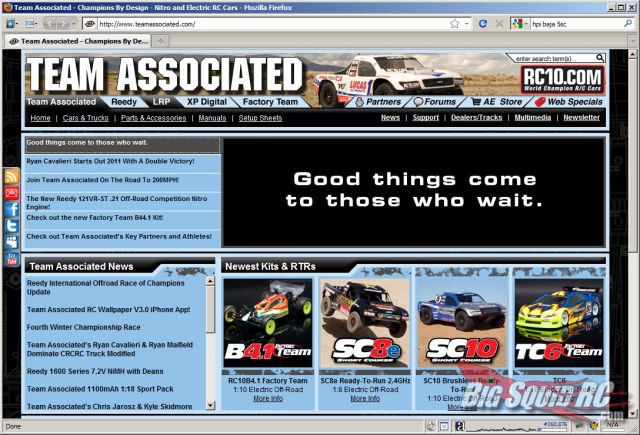 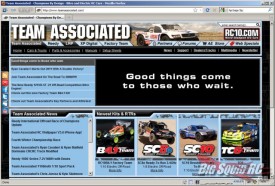 Team Associated is teasing something on their site.  With the portentous text stating

Good things come to those who wait.

many on the interwebs have speculated that it could be an announcement of a 4×4 version of the SC10, others believe it could be the long awaited RC10B5 (which our own Cub Reporter suggested a month and a half ago was coming early this year).

But then there’s always the chance that they’ll pull a Kyosho and announce a mini track being built in the lobby of their headquarters.

Check out the Team Associated web site to see it for yourself.