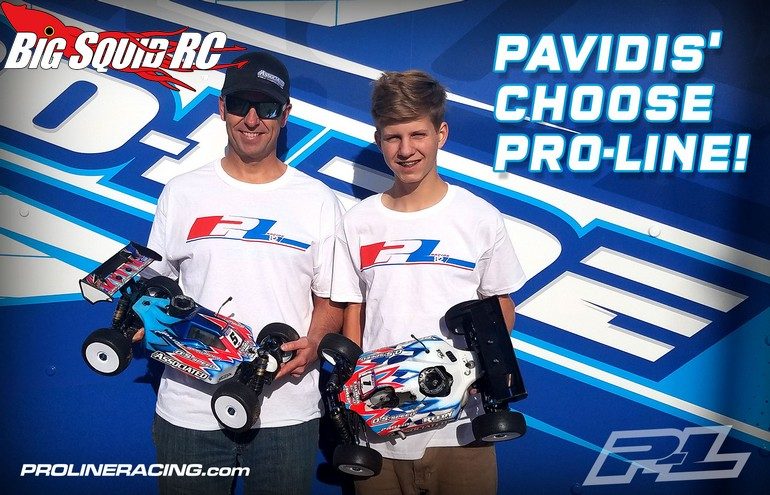 Team Pavidis To Run For Pro-Line

Mark Pavidis has long been a top racer in the rc world. From winning various large races, to national and world championships, Mark has been one of the fastest racers of the last two decades.

Now days Mark is racing with his son Ryan. Racing together as Team Pavidis, Mark and Ryan have both opted to run Pro-Line tires for 2018. The BigSquidRC Bash Crew hopes to see both Mark and Ryan tearing it up on tracks across the country this season, here is the official press release-

“The name Pavidis and Pro-Line are synonymous with a long history of winning titles.

Mark has won 3 World Titles spread across 1/8 buggy, 1/10 4wd off-road, 1/10 nitro touring car as well as numerous national championships while being hooked up by Pro-Line.

Mark was introduced to the hobby with his father in the mid 1980’s and now Mark is sharing his racing craft with his son Ryan who is already giving the competition fits.

For the 2018 racing season, the father and son combo are choosing Pro-Line to continue their winning ways.

Look for Mark and his son Ryan racing at local and national events on Pro-Line tires.”

Hit up Pro-Line’s website by Clicking Here, or you can Use This Link to read more Pro-Line news on BigSquidRC.