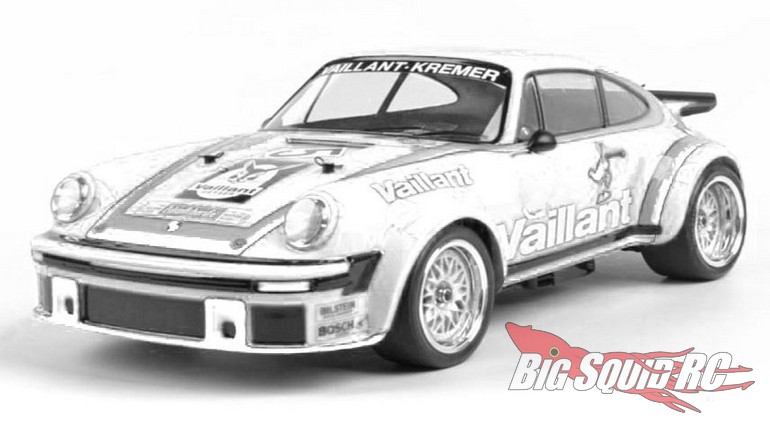 The good folks over at Tamiya are now teasing a 45th Anniversary Tamiya Porsche 934 RSR Vaillant in White. The 934 will be a “must have” for serious Tamiya collectors and should make for a nice cul-de-sac basher as well. We have very few details, but we do know that the Tamiya will release a limited number of these cars later in the year. We expect the Porsche to use a TA-02SW chassis that has been tuned with selected hop-ups like an aluminum motor mount, CVDs, and FRP double deck chassis.

The Tamiya 45th Anniversary Porsche 934 RSR Vaillant is expected to have a part number of #47475 and you can click This Link to read more Tamiya news on BigSquidRC.