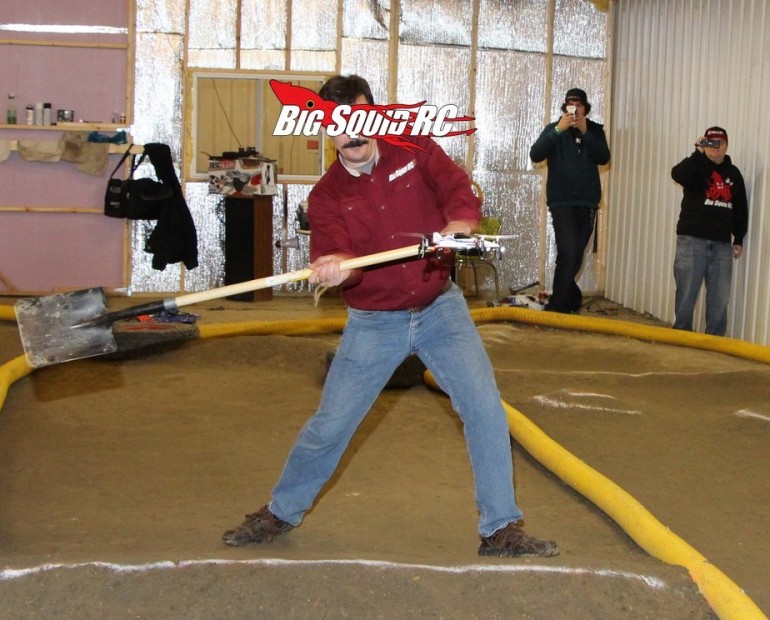 There are tons of good people in our hobby, but we also have our fair share of old-school hard-heads. You know who I’m talking about, the people that had a meltdown against brushless motors and LiPo batteries, and are now losing their minds over scale realism.

Last week we posted our review of the ESS-One Engine Sound module. While many hobbyists looked at it for what it is, one more step towards total scale realism in our rc cars, the old school hard-heads were out in force against it. It wasn’t uncommon to see comments like “Fake engines noises should be in Wal-Mart cars, not my uber hobby grade machine!”.

I’ve some newz for the old schoolers, scale realism is good for the hobby. Why? Because the more “real” our rc cars look/sound, the more friendly they are to the masses. And… the more people from the mass population that get into the hobby, the more R & D cash there is for your particular genre. Lets say you are big into racing Associated 2 wheel buggies. The more people that buy the AE version of the ESS-One sound module, the more R & D cash there’ll be to put out an RC10B6. Maybe you race Kyosho 8th scale nitro, the more scale appropriate cars Kyosho sells to the masses, the more cash they will have in the coffers to design you a new race machine. It really is quite simple, yet the old school knuckle draggers just don’t get it. Seemingly they are stuck in 1993 and don’t want to see anything change, but change can be good, it is no different for our small scale rc cars than it is from their full size counterparts. I mean seriously, who would want ’93 tech in their new 2015 full scale car? That’s right, nobody.

While we do not know if the “Scale Realism Revolution” is going to last another 2 weeks or two decades, we do know that it is hot and heavy for the foreseeable future. You are going to see more ultra detailed cars like the Carisma 959 and the Vaterra Police Justice hit the market. You are going to see more off-road trucks like those from Axial and RC4WD that are incredibly scale, not only on the outside, but also under the hood. You are going to see smoke generators and engine sound modules on more people’s cars/trucks when you hit the local bash area (and even coming stock on some models). But if there is one piece of solace I can give to the old schoolers, that doesn’t mean your favorite 30 years old genre is going to go good-bye, it won’t. When Vaterra introduces their latest ultra-detailed on-road car, it doesn’t mean they’ll be getting rid of the latest Losi 22 buggy. So just hang in there old schoolers, remember how after all your fighting against brushless motors and LiPo batteries that they didn’t turn out to be the devil that you made them out to be. I can assure you that scale realism isn’t going to kill you (or the hobby).

That’s it ya freaks, have a great week and support your local bash spots and hobby shops when ya can.