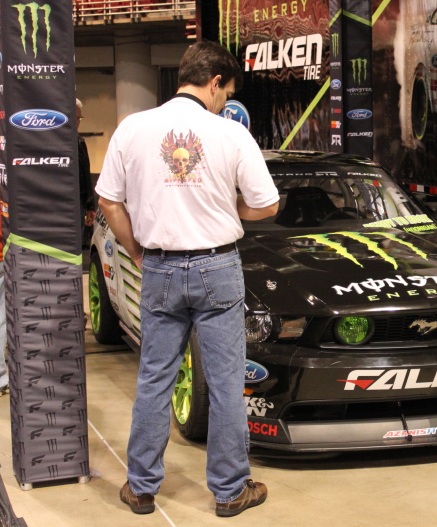 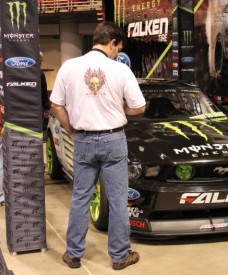 It is time for rc racing to get some freshening up, I mean, it is basically the same as it was the 80’s, THE 80’S! Nobody else rests on their laurels that long and for good reason, when you do, things get static and boring. And while turnouts at “big” races are doing well, local racing in many areas has dried up.

There are quite simple things that can be done to freshen up rc racing, things that take just a few phone calls, a few emails, but would go a long ways towards bringing new interest to the sport. For example, in mx they issue national rank numbers. Now days the numbering system in mx is a little different, but back in the day your national number was given to you based upon how many points you acquired the previous year. So… when a fan hit the local Supercross they instantly knew that the guy with the number 9 on his plates was faster than the guy with the number 61, and number 61 was faster than 92, etc. For the actual racers it was a huge deal, the privateers were working their asses off for very little money, but it meant a lot to them to earn a lower national number each year. If you showed up to any track in the country with a two digit national number, you were instantly respected. For potential sponsors it also simplified things, if you got a resume from a guy with a two digit national number you knew they guy was no joke.

The national number concept would also work well in the rc realm. In rc it would do the exact same things as in the mx world, it would give the racers something tangible to work towards, and something to be proud of even if they didn’t take home any big race wins. All those privateers are blowing their credit cards up to race each season, a national number would give them something to be proud of.

And lets say you are a potential sponsor. There are a lot of fast drivers out there- dozens upon dozens upon dozens of them, so many that it is impossible to differentiate between them all. You can sponsor the guy that just won the “big” race last weekend, but there are 2 more big races this weekend that will have two different winners. You can sponsor the ROAR national champion, but there are like 20 of those, and you can’t sponsor them all. A national number system would be a way of showing, in order, who the fastest 100 racers in the country truly are.

To pull off the national number system would be very easy, it could simply be points accumulated from the multiple ROAR national races, or preferably, it would give points for all the ROAR nats and select big event like Snowbirds, Cactus, the Reedy race, etc. Oh and, when I said all the ROAR nats, I ment ALL of them, off-road and on-road. Why? Because in case you haven’t noticed, on-road (and oval for that matter) is D E A D here in America. If on-road (and oval!) events were included in the national numbering system it would give them a much, MUCH needed boost in interest. And on top of that, if we are trying to determine the top 100 racers in America, it has to encompass more than just a single form of rc racing, to determine the best overall, it has to include multiple disciplines.

Ok, so it might take a couple sheets of paper to write down names and how many points a person picked up at each event. It might take a couple phone calls to convince race promoters that their event needs to be ROAR sanctioned to provide points for the national number system. Heck it might even take a few minutes here and there to shoot out emails to work out the details. But… it wouldn’t take much at all, monetarily or time wise, to implement.

That’s it for this week ya freaks, hit up your local hobby shops and bash spots when ya can.