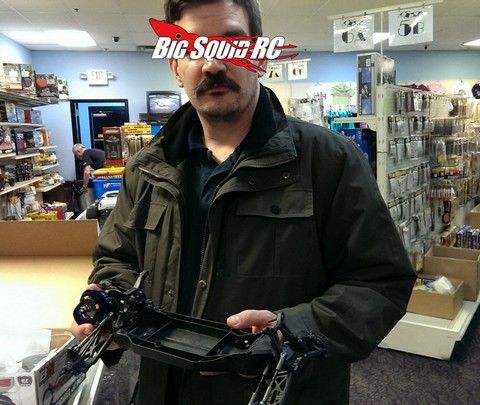 Maybe you have not gotten the memo, but our industry has lost a bunch of hobby shops in the last 5 years. This is bad news, bad news for you, bad news for me, bad news for the hobby we all love so much.

Now I know a lot of people hate their LHS, no doubt there are a bunch of hobby shops that are poorly stocked and/or manned, but still, even the bad ones need to exist for the sake of our hobby. However, there are a whole lot of people out there that don’t understand why local hobby shops need to stay in business, in fact, some people think the hobby is better off without them. For all you LHS haters, these are the reasons why our hobby is screwed if LHSs go the away…

1. A large percentage of the rc sales go to noobs. If you send the proper vintage of Glenlivet to the right person in Champaign, you can get sales figures that would indicate a large proportion of rc sales go to consumers that stay in the hobby for less than one year. Talk to other big industry types that should be in-the-know and they will also tell you that a very large percentage of sales go to people that get in for a very short time. A noob buys a car, he breaks the car, it goes in his closet for two years, his cousin gets a new Traxxas two years later, he gets back into the hobby for as long as it takes him to break again. Local hobby shops offer same day instant gratification, something a certain percentage of consumers demand. Whether it be a long time hobbyist who burnt out a diff in the morning and needs immediate parts to keep running that day, or a noob who broke his first a-arm, instant parts is a good way to keep someone from simply shoving a truck into a closet and forgetting about it. Also, and perhaps more importantly, when a noob has the inevitable noob question, the best answer (and parts needed) are nearly always best found at an LHS as compared to a bunch of anonymous idiots on some random forum. An LHS employee answers noob questions for a living on a daily basis, most of the “forum experts” are only regurgitating what they’ve read by other anonymous idiots on other forums. Plus, not only can a typical LHS more correctly answer the noob question, if the LHS is any good at all they’ll have the parts/hop-ups needed to get the noob up to full speed on the same day. To boil it down, they help give noobs a better experience in the hobby, thus keeping them in longer.

2. LHSs serve as hubs for hobbyists to meet up. Whether it be a way for noobs to see fliers about upcoming races or events, or simply a common location for bashers to rub elbows and talk about bash spots while picking up parts, local hobby shops are vitally important to the growth of the hobby. If you are a noob and can’t find anyone to bash with on the web, you can always find someone at your LHS that can tell you where the locals are meeting up. After all, sure it’s fun running your Stampede in your backyard, but it’s even more fun running it with your buddies (new found or old). If a noob busts a shock and he only runs by himself, there isn’t much rush to get it fixed. If he can’t wait to meet up and bash with his buddies on Saturday afternoon at the local park, he is more likely to get the parts he needs and keep on truck’n.

Yes, on a weekly basis I talk about supporting your LHS, even if yours sucks. If your LHS sucks you can still pick up some Deans connectors or a gallon of nitro to support them. I am being deadly serious here folks, something that I rarely do, but our industry has lost so many hobby shops in the last few years that some very big names are worried about the state our industry. Hey, if you would have walked into a Rockford Fosgate/Alpine/Orion/PPI dealer in 1989 and told them their entire industry would be screwed in a decade, they would have told you that you were INSANE! However, it took less time than that for the entire car audio industry to be left a gutted shell of its former self. The car audio industry had a number of factors working against them, but they also made a number of big mistakes that finished them off. Hey, I’m just saying that if you truly love this hobby, if you still want to see it around 10 years from now, now is the time to show your support, even if it means stepping foot in a hobby shop that “isn’t up to your standards”. Even if it means going out of your way to help a noob, or if it means to drive a few extra miles to bash with friends on the weekend. As they say, “You don’t know what you had till it’s gone.”, I love rc too much to see it whither away like so many other hobbies have.