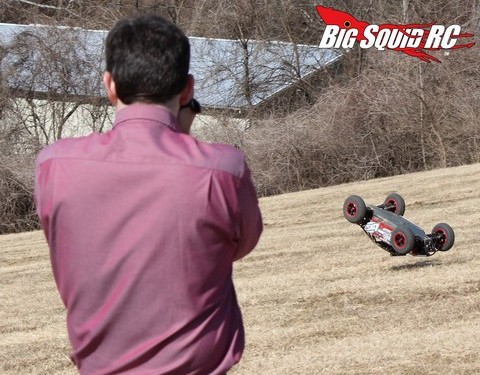 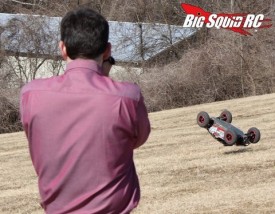 Ya know that one guy that shows up to bash and brings 30 cars with him but never gets around to actually running one? Ya, you don’t want to be “That Guy”.

Know the guy that shows up to bash running a 9,000kV motor on 8S and blows a CVD, spur, and idler, the very first time he squirts the gas? Ya, you don’t want to be that guy either.

Have you ever been in the middle of the A-main and slam into someone driving backwards on the main straight? Yup, I FREAK’N HATE THAT GUY.

One guy that really drives me insane is “Mr Hey Can I Borrow”. You know the guy, he never brings any spare parts, never has any tools, and he goes around the pits begging for stuff all day. You can see the veins in my forehead pulse when that guy comes over to my pits.

Or how about the guy in the pits that brings a full blown boom-box with him and insists on listening to Baby Metal full blast all day long? Ya, I wanna stick a hot soldering iron in that guy’s face.

Know that one guy that talks smack all day long on the net about how fast he is, but is always too busy to ever actually run? I know wayyy too many of those guys.

Ever see some joker at a bash with a 5th scale annihilate some noobs Traxxas, then not even go over and apologize or offer to pay for parts? I hate that guy too.

So your buddy texts you non-stop on how rad his new paint scheme is and how it’s so much better looking than yours, when actually it looks like something your dog hacked up on your living room carpet? Ya, that kinda guy gets insta-blocked on my cell.

Ever go to a new track and they stick you in the “slow heat” with all the people they know can’t drive? You spend the next 5 minutes weaving back and forth trying not to be taken out by a never ending stream of jam cars. Thanks Mr Sign Up Guy for the hook-up. Facepalm.

Remember that dude, in practice, going full psycho on the driver stand because someone didn’t marshal his car fast enough? I would love to punch a hole through that guys face.

Why is it that the worst drivers always have the most power in their cars? You know, they can barely drive a figure 8 without crashing yet they gotta have 6S and a pinion the size of your fist in their E-Revo? Then they insist on doing speed pass after speed pass all day long, and even though you are pitted 100 feet from where the guys are driving, you still think you are gonna catch an 8th scale monster truck in the face at some point during the day? Ya, those guys drive me insane.

Ever click a link on YouTube to a video saying “Worlds Fastest RC Truck!” only to find out it is some idiot sitting in front of a white sheet talking about how fast his truck is but he NEVER RUNS IT??? Thanks guy for wasting another 2 minutes of my precious life.

Ever get done running your 5 minute stadium truck main and find out you now have to marshal a 30 minute nitro race? Ya that sucks, and is yet another reason I hate nitro.

So you are finally putting together a great race and the first corner after lapping some spode he hacks you and you both crash. That torques me off, but I lose all my marbles when the marshal in that corner is too busy smoking AND texting to see that I’m on my lid. Where is a wood chipper that fires into a hog lot when I really need one?

Yes, we ALL hate “That Guy”, but you gotta admit they are a huge part of what makes this hobby so “interesting”…