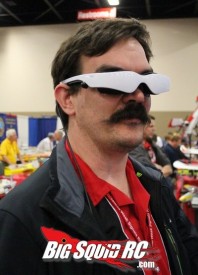 Hey now, it’s Monday and you’ve found THE Cub Report, sometimes it sucks, sometimes it good, here’s to hoping this is one of the “good” ones. LOL

I like boring people right off the start with some full scale racing news. I literally eat, breathe, and sleep full scale racing, so my entire life centers around the F1 and Supercross schedules. Brian says “Cubby- we need you to work on that XYZ RC review this Saturday”, and I’m forced to reply, “WTF are you crazy? I was up all night watching F1 qualifying and I am following/watching Supercross all day, tell Adam to do it.” You would think after all these years Brian would know better than bother me on an F1/SX weekend. “Sigh”.

Speaking of F1, Ferrari won again over the weekend. Alonso simply pwn’ed the field in China, it really was something of beauty. And… what a podium, Alonso, Robot Kimi and Moons-Over-My-Hammy (and no Vettel, whewww). Above all I’m hoping that somebody can give Red Bull a run for their money this season, and with a few more weeks like this it might just be a good season.

The Dunge caught and passed RV2 Saturday night to take the Supercross win in Minneapolis. I haven’t been a Leprechaun fan since he took out Dungey in the STL a couple years ago, so I was pretty stoked to see that big orange KTM come out on top Saturday night. Supercross is getting late in their season so I kinda doubt Dungey can wrestle that title from RV2, but that’s why they run ALL the races, so miracles can happen.

Oh ya, and then there is life in RC.

I am still amazed at how BigSquidRC has changed rc. I guess I’ve had that thought running through the back of my mind for the last couple of years, but I don’t think I’ve ever actually said it out loud.

And how have we changed rc?

Here is an example- I’ve been told by more than one manufacture that they’ve sat around a big conference table having a meeting about “What would BigSquid think?” about a potential new product.

How would that change rc? Because our angle, our view, is a lot different than what the “norm” used to be in the industry. The “normal/common” point of view used to be- how thick is that carbon fiber? What is the coating on the shock shafts like at a molecular level? Our view is- does it traction roll on pavement? Does it break when you drive-it-like-you-stole-it?

I’ve been told that in the “old days”, a certain manufacture would design a new car, drive it a bunch, refine it, hand it to team drivers, then ship it. But now days they beat it with a hammer, jump it off a roof, then hand the controller to the secretary (that is literally a quote). That’s one hell of a change, and I think one that ultimately helps the “average” end consumer. Sure, having some uber-nitride coating on your shocks is great if you are one of the very few people trying to smash the local lap record, but for the other 99% the ability to accidentally hit a curb and have it not be a day ender makes for a much happier consumer.

To boil it down, I think we’ve helped bring the hobby back to less emphasis on technically uber parts, to more of an emphasis on how it works in the local cul-de-sac. In the old days a whole lot of product was designed from the ground up for the local pro guys while not even considering what the guy who runs once every couple weeks in his backyard would think about it. “Average Joe Blows” tend to be a silent majority and I think we’ve become a big, loud, clear voice for them. We’ve taken what is being said a thousand times a day at local bash spots and put it where the people that make and shape the hobby can actually become aware of it, and… they trust us enough to listen.

There are other ways that I think we’ve changed rc, maybe I’ll go over them at some other time, the Lites class is getting ready to come on Speed, so I really must jam. 🙂

That’s it for this week ya’ll, support your local hobby shops and bash spots when ya can.