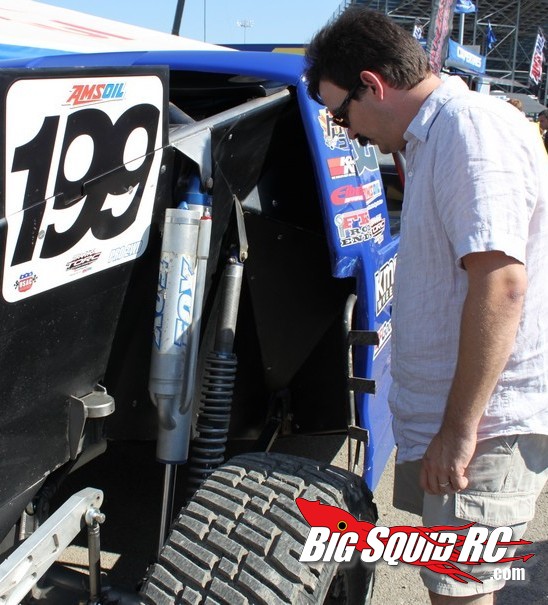 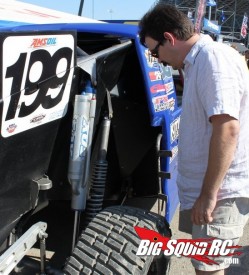 Awww yes, I love motorsports and it doesn’t get much better than Memorial Day Weekend to catch racing on the tube. Saturday featured the AMA Motocross National from Colorado and Sunday was full of four wheel fun from Monoco, Indy, and whatever yee-haw venue that the NASCAR series runs on. Competition plus motorsports equals Cubby heaven.

Years (and years) ago I did my fair share of full scale/four wheeled racing. I was coming off a fairly bad motocross injury, plus I was big into cars at the time, so I got my race fix by competing in SCCA events. But… my SCCA days came to an end back in ’91 at Road Atlanta in Braselton Georgia. You may or may not be familiar with that track, if not, at the end of the start straight is turn 1, a high speed uphill right hander that took genuine cojones to blow through with any real speed. I was racing a highly prepped Eagle Talon at the time and it was pulling the inside rear off the ground the entire way through the corner, crazy stuff at 80 mph plus.

On lap one of my race I got pushed slightly off the course and lost all my momentum, this allowed most of the field to swallowed me up. I was off to a poor start definitely on a mission to get back up front. I methodically keep on passing people, gradually working my way up to fourth place by the penultimate lap. Then I don’t know what came over me. When I saw the white flag wave I was desperate for a podium finish and was willing to do whatever it took to get it. I knew that if I absolutely nailed turn 1 that I could get the drive up the hill to make a pass early in the lap on the third place guy, and if I absolutely baked the rest of the track I might be able to make a do-or-die pass for second by turn 12.

I was 100 feet behind the third place driver going into turn 1 and for some reason I just kept it pin. Maybe it was the fact I was a motorcycle guy and having a big steel cage around me made me fearless, maybe my adrenaline just got the best of me, perhaps I was simply that stupid in my early 20’s, all I know is that I didn’t lift (at all) for turn 1.

I don’t remember much about the crash itself. My friends told me how spectacular it was and how lucky I was to walk away. My car was completely thrashed, and at that time I was stretched way beyond my means to even have a race car of its caliber. My head was pounding and I couldn’t remember my name, my car was destroyed, I was on the bink of financial ruin, and there was no magic entity that could make any of those facts change. I drove like an idiot and I paid the price, that’s the way real life is.

Since the beginning of time in rc, people have been allowed to “marshall” the cars. If you go out and drive like you are on crack and crash 5 times a lap, no big deal, there are a half dozen people standing out there to turn your car back over. Someone can come from 5 feet behind you and punt you into the cheap seats and magically this big hand comes out of the sky and puts you right back on the track as if nothing ever happened (you are now free to go get some payback and ruin someone else’s race). Oh how I wish some big Hand Of God would have reached out of the skies and made everything a.o.k. with my Talon (and my head) at Road Atlanta.

All you scale guys have already heard of the Axial Recon G6 series. For those of you that haven’t, it’s an event where you have to drive an extremely scale looking truck over/through treacherous terrain against the clock to determine a winner. But… the biggest deal about the event is there is a HOG rule, the almighty Hand Of God can NOT be used. You can’t use your hand or your foot to right a tipped over or stuck vehicle. Instead, you can use a winch that you’ve mounted to your rig or another truck can help you get going, but if a Hand Of God gets involved, you are instantly disqualified. If you crash a full scaler there is no HOG, why should there be when racing a smaller scale?

The HOG concept is unthinkable to many rc hobbyists. There would be a riot at your local track if marshals were not allowed. The racers would think “OMG, my entire life will be ruined if I crash and can’t get marshalled!”. I know it is a HUGE stretch for a whole lot of people to imagine, but the HOG rule is good for the hobby and should be supported. Yes, even in normal rc racing.

Yes, it would take some getting used to and attitude adjustment, but in the end the HOG rule would be a good for the hobby. The HOG rule would keep people from driving over their heads, it would cause them to actually think and take take better lines, and it would highly discourage hacking. Perhaps even more importantly, you would actually have to pay for mistakes when you made them, just like in full scale racing and exactly like life in general.

That’s it for this week guys, have a safe Memorial Day and don’t forget to support your local hobby shops and bash spots when ya can.