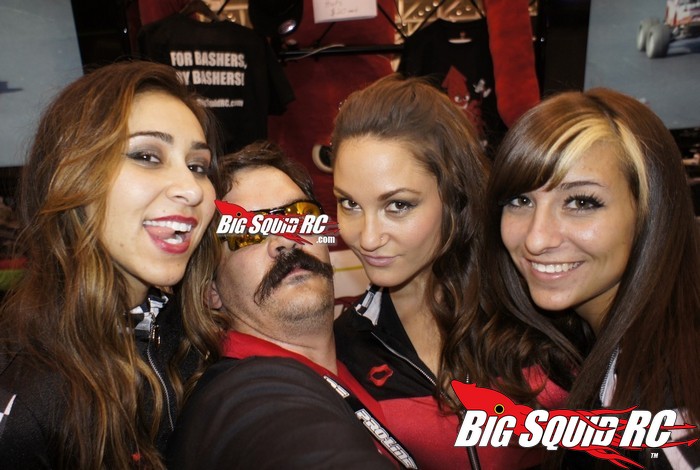 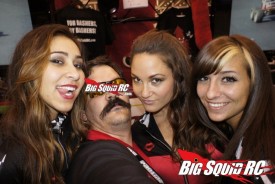 Here we are again, another Monday, and yet another Cub Report. There is no better way to start off your week in rc than with the web’s most influential and controversial weekly editorial piece (if I must say so myself). The Cub Report is an exotic blend of sarcasm/fiction/opinion that a rather large amount of people can actually stomach to read.

Villipoto just pwn’ed the guys at the AMA motocross national at Unadilla last weekend, and the same can be said for Tomac in the 250 class. The most amazing part of the race? How much the track has changed. Unadilla used to be the Holy Grail of motocross tracks, but now days it looks like some mortal man decided he could build a better track than God, and well, that turned out as expected. Now Dilla is just another stop on the circuit, instead of being THE stop. Quite sad actually, the best motocross track in world is now a shell of its former self.

Craig “The Ramp Builder Guy”, Tim “The Pro Driver Guy” and myself had an outstanding time at the RC Fest bash event just outside Champaign on Saturday. I’ve always said that you can judge the health of a track/event by how many kids they have competing, and RC Fest certainly had plenty of kids wheeling their rigs. The event was for a good cause, had loads of fun events, and I can’t remember when I’ve had such a good time hanging out with other hobbyists. Look for more coverage of this event on our front page later today.

The “big” rc news of the week was about the new Traxxas Telluride truck. Wow, just wow, where to start in on that monstrosity. I guess we could start off with its name, Telluride, which has to be one of the worst truck names that has ever come out of the Traxxas camp (or any company for that matter). Ya, for sure it’s gotta be hard coming up with cool names, but Telluride? That name has to go down in history as one of the worst.

Then I can start commenting on the actual truck. The two biggest points that stand out to me are- 1. It continues the Traxxas trend of looking more toy grade than hobby grade, and 2. it’s a step back in technology, once again another trend at Traxxas.

We first noticed during our 2wd MT shootout that the Stampede looked more like a toy than its competition, and the same was true of the Traxxas Rally during out rally car shootout. The general proportions and goofy/non-licensed/non-scale looking body of the Telluride has left everyone I’ve talked to with the impression that it looks more like a toy truck that should be on the shelf at Wally-World than a hobby grade truck at an LHS. Throw in some Slash looking wheels/tires and Traxxas really, really missed the mark for a “trail rig”, but was right on target if they were shooting for “wacky looking off-road machine”.

Once you pull off the hood, you then learn the Telluride has solid plastic camber links, a plastic center driveshaft, a 48 pitch spur gear, and working diffs front and rear. The plastic pieces are a big step back in the wrong direction. How many other rc companies do you know that actually go backwards in technology? Adjusting camber is one of the most basic things that separates hobby grade from toy grade, while a plastic center shaft and 48 pitch spur simply aren’t going to work well (read- last very long) with the type of basher I’m accustomed to hanging with. The lack of locked differentials makes me think nobody at Traxxas has even been on a trail run before. A truck without lockers isn’t going to make it 20 feet on the trail runs I’ve been on. What’s the point of making a trail truck that is no good on actual trails?

The trail/scaler crowd is all about two things- 1. perfectly accurate scale looks, and 2. trucks that are capable of driving on the worst terrain that God put on this Earth. You aren’t going to find any nicely groomed, hand formed paths (Unadilla… LOL) on a real trail run. Real trailing is about driving over branches, large rocks, and blasting through mud-holes big enough to give full size trucks fits, doing obstacles like those without locked diffs is next to impossible. Had the Telluride crossed my desk before it was announced, I’d have said- lock the diffs, put a real spur on it, gear it down, put on much more aggressive tires, and mount up a trick looking fully licensed body. And… the “Cubby” version would really have been nothing compared to what the Traxxas team could have come up had they decided to pwn that market segment.

Traxxas might rule the world, but they’ve gone from putting out trucks that made the average Joe’s mouth water, to a truck that makes people scratch their heads wondering what in the world they were thinking.

And to finish up…

Oh and ya, we’ve got a big week coming up here on BigSquidRC. We’ve got coverage of the RC Fest bash event later today, our LaTrax rally car review is going up Tuesday morning, and we’ll be starting a series on fine tuning and ubering out the Thunder Tiger MT-4 G3 monster truck. Plus all the daily news, and ASK Cubby on Thursday.