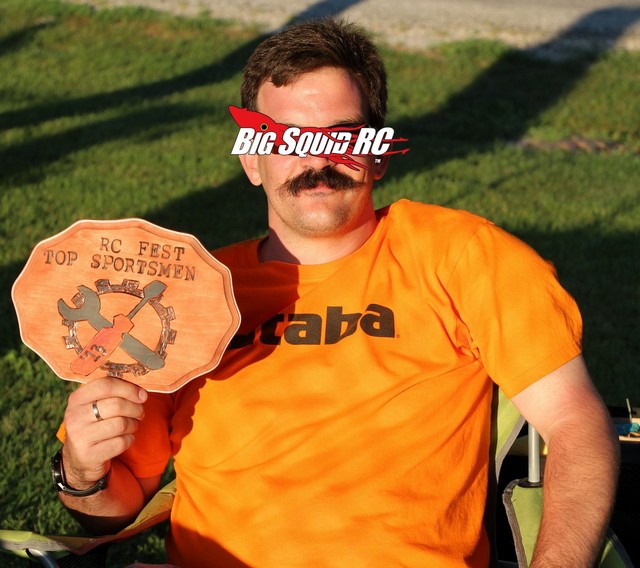 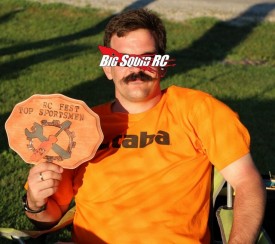 Hey now all you rc freaks, it’s Monday morning and time for yet another funk-a-deluxe edition of THE Cub Report.

F1 is still in their summer break. “Sigh”. Maybe everyone in the world needs a month off during peak season to just hang out, rest, and relax. Hummm, that’s a great idea… sounds like I better schedule a meeting with Brian for this week….

The 2013 motocross season is officially over even though there is one race left. RV2 and ET17 wrapped up their respective titles on Saturday, now the moto crowd has to look forward to MXDN and the Monster Cup. Villopodium proved he is indeed the new “fastest man on the planet”, Dungey proved that he’s the second fastest, Tomac proved he has the speed and determination to win a championship, and K-Roc proved that it’s harder to win here in the states than some of the euros seem to think it is.

On to BigSquidRC news….

We are a couple weeks away from the biggest contest we’ve ever done, heck, it just might be the biggest contest/giveaway ever held in rc. We are going to give away about $8,000 dollars worth of a cool new basher product in one month. Yes, roughly 8 grand worth. We’ll have more info on this one very soon, but this contest is not huge, its epic.

We’ve got a few cool reviews coming up this week with the Durango DEX408T truggy and KO Propo EX-1 KIY V3 topping the list. The Durango sure is a beast, but can it bash, or are you better off with a dedicated MT? The KO KIY V3 costs an arm and a leg, does it come close to matching a Futaba 4PK Super R? Find out this week with our in depth, ridiculously-time-consuming-to-do reviews right here on the Squid.

We are going B I G at the iHobby Expo this year. More trick cars, more jumps, more demos, more freebies, and more crazy hot booth babes. Seriously, our booth alone will make your trip worthwhile. Pencil it in now, October 3rd-6th at the Schaumburg Convention Center in the Chi-Town metro.

This is seriously a huge tease, and I wish I could be more specific, but I simply can’t. We are about 1-2 weeks away from dropping the biggest exclusive we’ve ever had, and perhaps one of the biggest new products that the “basher” world has seen in years.

Ummmm…. now on to some editorial….

Well, I don’t have much this week. I’m as full of it as just about anyone, but this week I’m just all written out. I do admire those people that write a daily or weekly column and knock it out of the park every time, but I’m the type of person that if I just don’t have something good on tap, I’ll admit it. About the only thought provoking convo I had last week was this…

I was talking to a guy that organizes bashes in his area. He had been talking to a local park about getting some land to dedicate to rc. He told me about asking for enough space to build a “bashing area” and a “race track”. I replied to him “Why in the world are you asking for space for a track?” and he told me it was because he needed one. I asked why he “needed” a track when all him and his people do was bash. He then told me it was because that’s what the local racers guy had told him to do. It seems the basher guy had actually listened to the bunk the racers guys were feeding him.

Over the years I’ve seen it happen dozens of times. A new track will open that is geared to the noobs and the gnar-core racer types will roll in for a few weekends, tell the bash track that everything they are doing is wrong, the people will listen to them and make all sorts of changes, then none of the hardcore guys ever come back and they’ve run off all their Regular Joes. In the case of the local bash promoter I mentioned above, he gets a good solid turnout to his bash events which are held in parking lot, I would hate to see him listen to the hardcore racer bullcrap and ruin the turnout he is getting now.

The moral of this story is- you (local bashers and/or promoters) don’t “have to have” a track to have fun with rc cars. You don’t have to have a timing system to have a fun track. You don’t have to change your local track/bash spot to try and win approval of the “hardcore crowd”. The very small number of local hardcore racers have plenty of places to run at, the huge number of local bashers on the other hand have virtually nowhere to meet up with other hobbyists and run.

I’m telling you, there is a big need for organized local bash spots, places made just for the plethora of noob Traxxas owners. Places for people who just picked up a new hobby grade truck and want to get a feel for the hobby on a controlled course with other hobbyists. A prepped spot that noobs can go hit some ramps and have some experience hobbyists around to help them when issues pop up. Running in the grass in your backyard is fun for a little while, so is running in the cul-de-sac out front, however, it doesn’t take long until a driver wants to run with others that share their love for the hobby on more interesting terrain. These places do not exist because it has been fed down the throats of everyone opening up a new place that it “has to be a track done Exactly This Way with timing system”, when that is simply not the case.

That’s it for this week, support your local hobby shops and bash spots (if you have one or can even find one) when ya can.