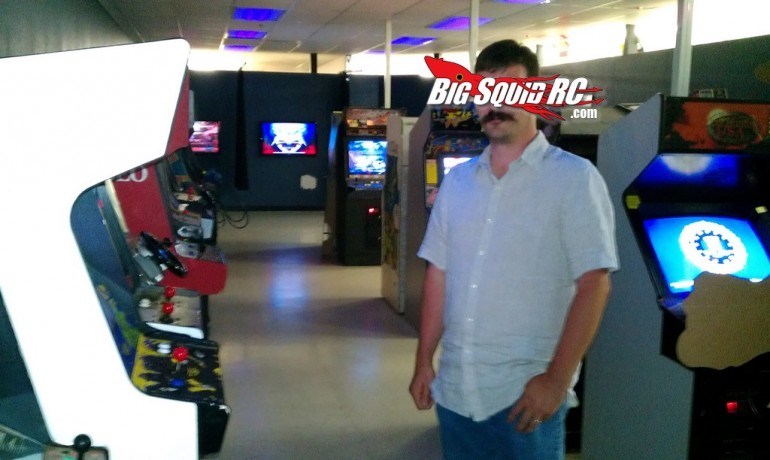 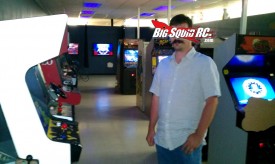 Hey now everyone, thanks for tuning in to THE Cub Report, a column about your favorite hobby, rc.

Both F1 and AMA Motocross were in action over the weekend, but it turned out quite boring. SebVet creamed the F1 guys yet again, while RV2 and ET did the same to their respective classes at Lake Elsinore. Oofah, what I would do to watch a race where I wasn’t 98% sure of the winner before the gate dropped…

The biggest news of the week, and perhaps the entire year, was the announcement of the Pro-Line PRO-2 Kit. For 3 decades Pro-Line has put out some of the trickest and best performing parts in the entire rc industry, for them to bring their big name into the kit business is a huge deal. If Pro-Line can do to the car/truck industry what they’ve done for bodies and tires, they will quickly be the creme of the crop.

Our review for the PRO-2 kit goes up on Tuesday morning, find out what we busted, how well the kit went together, and if it is indeed worth the $389 price tag. Looking over consumer comments the price seemed to be their main concern, but I don’t see the issue with it. I see the PRO-2 as being an uber full-on factory works bike that you can buy, and performance is never cheap. If it were some cheap ole’ sourced-off-the-shelf-of-Hi-Moto product, yea, $389 is way too much, but when it is a truck made up of parts specifically engineered here in the U.S. of A by the Pro-Line staff to be the best of the best, I consider it amazingly affordable.

The PRO-2 is kind of a special case of course, it started out as hop-up parts for the Traxxas Slash, then eventually became all the parts to make up a truck, but you have to give Pro-Line props. They could have flow to Asia, toured some factories, then picked a pre-made truck off some OEM’s shelf and said “Looks good, we’ll take 10,000 of them!”. Too many companies source crappy off-the-shelf trucks and have their stickers put on. Pro-Line went about it the Pro-Line way, the right way, and engineered the parts to meet their standards- which is top of the line.

I’m used to poking fun at the rc news, not actually being a part of it. That wasn’t the case last week as the BigSquidRC crew made some waves inside the industry by being the media source chosen to introduce the new Pro-Line Pro-2 Kit to the world. Industry insiders pondered the whys, media types melted down, and you guys tried to blow up our servers with huge numbers. So just how did BigSquidRC land arguably the biggest scoop of the year? Well that’s a big secret, and I’m not telling. LOL. Actually, we didn’t do anything. We didn’t lobby for it, didn’t beg for it, we didn’t give away any free advertising for it, they just put it in our lap and told us to run with it.

And why would PL have us intro their first truck in 30 years? I certainly can’t speak for Pro-Line, but if I had to wildly speculate I would say they wanted to make a bold statement. A statement to bashers that Pro-Line cares about them and they want their business. Now… the truth may have been that Pro-Line put a bunch of media names in a hat and ours was the one that got drawn, LOL, but any which way, the PRO-2 unboxing/unveiling we did last week shot us to record numbers, and hopefully we helped PL get a whole lot of exposure for their new truck.

To wrap it up…

So… our PRO-2 review goes up on Tuesday and Wednesday night we’ll be doing another live G+ show at 9pm CST (with perhaps a special guest or two). I hear Brian has a couple other reviews ready for this week, and we’ll also be posting the second installment in our series of Thunder Tiger MT-4 G3 hop-up articles.

Lastly, we are needing help around the offices. I think our biggest need is a sales rep, if you have sales and customer service experience we could really (read- really reallyyyyy) use you and you could make some nice bank. We also need a video editing guy, an airplane guy, a scale guy, a behind the scenes web guru, and lastly a painter/hydro dipper for our Chi-Town guys. I am amazed at how many people go on and on about how badly they want in the industry, but when the opportunity arises they are too lazy to actually put their foot in the door. If you aren’t lazy and you seriously kick ass, email us at the “Contact Us” button at the top of our site. If you can’t find it, then no, we don’t want you.

Hey that’s it for this week. From the entire crew here at BigSquidRC- Thank You for reading our website, and support your local hobby shops and bash spots when ya can.