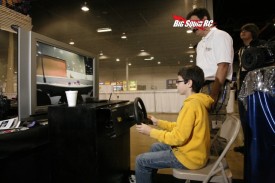 Hello fellow rc hobbyists, members of the industry, and people who landed here via a random Google search, Happy Monday and welcome to THE Freak’n Cub Report.

No moto & no F1 means I have been stuck doing the rc thing. Actually, as much as I like to say I am a slacker, I have been putting way, wayyyyy too much time into rc lately, so much that I had to essentially take last week off. I didn’t touch an rc, didn’t drive one, and basically did as little as humanly possible in the rc world. I’ve been burnt out on the hobby for so long now that I think I have forgotten what it feels like to be 100% gung-ho, but taking last week off has lit at least a small fire inside of me to get crack’n at it again.

I did notice that we posted a blurb about how an rc media source will be shipping an additional 4k copies of their dead trees into the real world in the next few months. Talking with some members of the industry they were pretty stoked, well, until I told them we have that many visitors to our site between 6 a.m. and noon each and every day. That seemed to take a of the coolness off the pr, whoops. But then other industry members weren’t so stoked. These are the industry types that know better, they know dinosaur media is on its last leg, and that no amount of copies put on newsstands are going to save them. In fact, they saw it more as a way to raise advertising prices, which already have a ridiculously low ROI.

Which brings me to… I tend to see that a lot. Some industry types haven’t made the transition yet. They have advertised in magazines for decades and they have a hard time believing their sparse ad budgets are better spent on the web. Partly from their old school personal feelings, and perhaps due to a feeling of wanting to help out old friends, they keep on cutting those big checks every month for a form of advertising that is well past its expiration date.

I talked to one of my industry guys the other day that was totally stoked about how his product was slated for a magazine cover. I felt kinda bad (actually, no I didn’t) when I started to laugh. I was laughing because I know a front page post here on BigSquidRC, or over on Area 52, or RedRC, or NeoBuggy, or any of the “big” news sites, would actually get a whole lot more real people eyeballs seeing it. Yes, certainly, back in the day a cover was a huge deal, but that was over a decade ago and things have changed a LOT since then. Now days, just making the front page of one of the big internet news sites will give much, muchhhh more exposure.

I also talked to another industry type who thought our Facebook page was a joke. Yes, we started on the Facebook game much later than other companies, mainly because none of the main staffers liked Facebook (and still don’t), but our Facebook page is solid, loaded with actual human beings that breathe, eat food, and actually drive rc. My industry buddy thought our FB was a joke because one of the dinosaur media pages was getting 2,000 new followers a week while ours was getting only 100. Once again, I started laughing, but I definitely didn’t feel bad that time. I was laughing because my buddy was so freak’n obtuse to the social media “game”. It is sooo easy to buy “Likes” or “Followers” in social media. It is easy to run up your total followers by cutting checks. And those big inflated numbers will absolutely impress the less internet savvy. But… those BS inflated numbers are an instant give away to companies that have their internet act together. When perhaps the biggest company in our hobby might only get 300 new followers a week across their entire spectrum of brands (with most of them coming from the United States) any smaller company that is getting thousands (with most of them coming out of India, Asia, or South America) it becomes absolutely obvious that one company is on the up-and-up, and another is getting followers by paying for robots.

I could go on and on here, there are so many ways to “cheat”, so many ways to manipulate the numbers, that I could literally write for days and days about it. My point here is that at BigSquidRC we actually go out of our way to keep things legit, something that I think most advertisers aren’t used to. For decades numbers have been fudged in this industry, we are one of the very few that has made a pledge to keep things legit, for better or worse. We wear our 100 new followers a week like a badge of honor and we feel lucky to get that many warm bodies to care enough to follow us, they are incredibly hard to get in this late stage of FB. And yes, we laugh daily at media sources who racked up another thousand new followers based out of Bangladesh.

What’s coming up this week on BSRC? You can expect another Vine (or two), a new Dromida review, a product spotlight/mini-review on the RC4WD snow plow, hopefully another mystery review (by Adam “The Intern”!!!), all the daily news worth hearing about (and none of the boring crap), and more, much more!

That’s it for this week, I would like to extend a personal thank you to each and every one of you for reading BigSquidRc, and I would like to ask you to support your local hobby shops and bash spots when ya can.